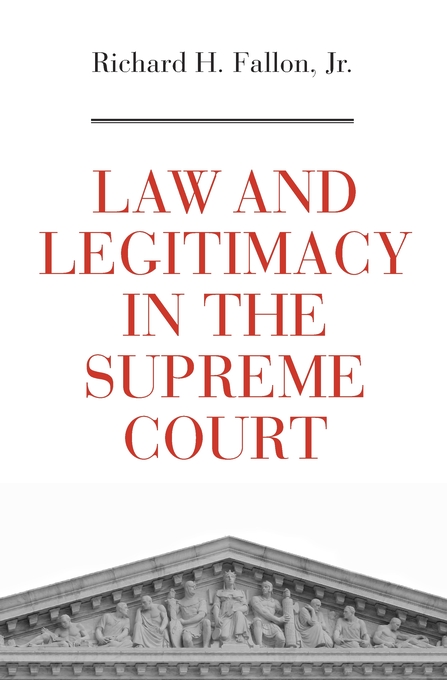 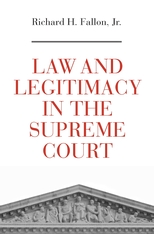 Law and Legitimacy in the Supreme Court

“Thoughtful and timely… Fallon wisely argues for a conception of legitimate judicial decision-making in which we accept that law is influenced by political, practical, and moral considerations, even as we strive to ensure it is not dominated by them.”—Amanda Frost, SCOTUSblog

“Very careful, meticulously researched and referenced, balanced in its treatment of issues, fair to opposing positions, and successful in offering a subtle and nuanced perspective that takes multiple considerations into account, Fallon’s treatment of the varieties of legitimacy, of the role of precedent, and of questions of official obedience to Supreme Court rulings will make useful contributions to the now existing literature.”—Frederick Schauer, University of Virginia School of Law

“This book stands head and shoulders above the competition in the graceful and insightful way in which it combines Fallon’s well-known mastery of constitutional law and practice and his ability to grasp and deploy a deep understanding of the work that philosophy can contribute to constitutional understanding.”—Jeremy Waldron, author of One Another’s Equals: The Basis of Human Equality