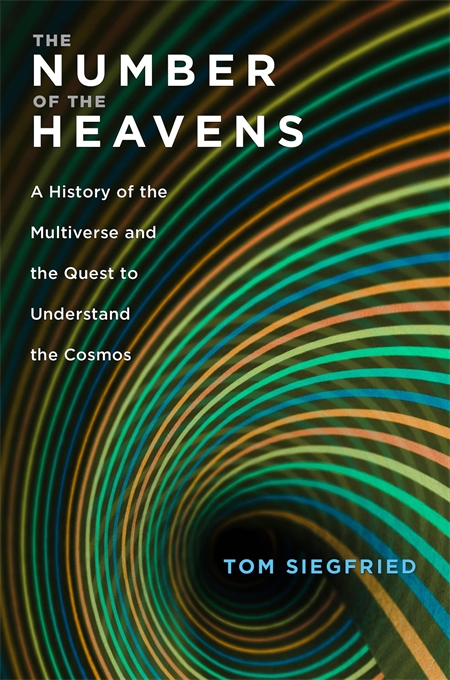 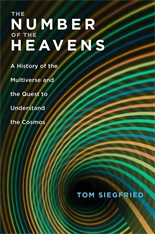 The Number of the Heavens

The award-winning former editor of Science News shows that one of the most fascinating and controversial ideas in contemporary cosmology—the existence of multiple parallel universes—has a long and divisive history that continues to this day.

We often consider the universe to encompass everything that exists, but some scientists have come to believe that the vast, expanding universe we inhabit may be just one of many. The totality of those parallel universes, still for some the stuff of science fiction, has come to be known as the multiverse.

The concept of the multiverse, exotic as it may be, isn’t actually new. In The Number of the Heavens, veteran science journalist Tom Siegfried traces the history of this controversial idea from antiquity to the present. Ancient Greek philosophers first raised the possibility of multiple universes, but Aristotle insisted on one and only one cosmos. Then in 1277 the bishop of Paris declared it heresy to teach that God could not create as many universes as he pleased, unleashing fervent philosophical debate about whether there might exist a “plurality of worlds.”

As the Middle Ages gave way to the Renaissance, the philosophical debates became more scientific. René Descartes declared “the number of the heavens” to be indefinitely large, and as notions of the known universe expanded from our solar system to our galaxy, the debate about its multiplicity was repeatedly recast. In the 1980s, new theories about the Big Bang reignited interest in the multiverse. Today the controversy continues, as cosmologists and physicists explore the possibility of many big bangs, extra dimensions of space, and a set of branching, parallel universes. This engrossing story offers deep lessons about the nature of science and the quest to understand the universe.