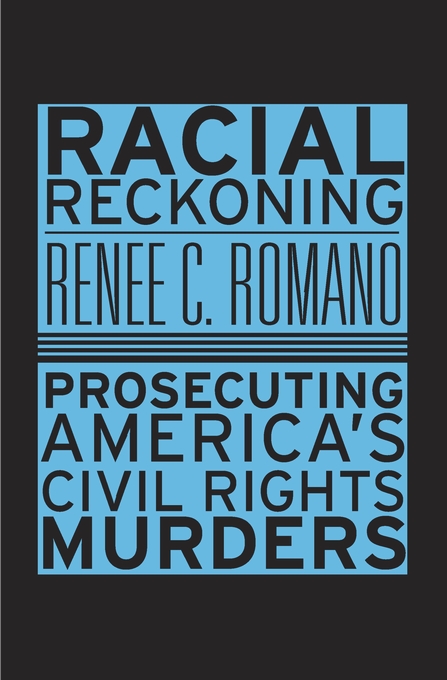 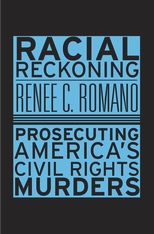 On WNYC’s The Takeaway, listen to Renee Romano discuss how the 1990s reopening of civil rights–related murder cases constitutes a worthy, but incomplete, attempt by the South to cleanse its violent past:

Few whites who violently resisted the civil rights struggle were charged with crimes in the 1950s and 1960s. But the tide of a long-deferred justice began to change in 1994, when a Mississippi jury convicted Byron De La Beckwith for the 1963 murder of Medgar Evers. Since then, more than one hundred murder cases have been reopened, resulting in more than a dozen trials. But how much did these public trials contribute to a public reckoning with America’s racist past? Racial Reckoning investigates that question, along with the political pressures and cultural forces that compelled the legal system to revisit these decades-old crimes.

Renee C. Romano brings readers into the courthouse for the trials of the civil rights era’s most infamous killings, including the Birmingham church bombing and the triple murder of Andrew Goodman, James Chaney, and Mickey Schwerner. The activists who succeeded in reopening these cases hoped that bringing those responsible to justice would serve to highlight the state-sanctioned racism that had condoned the killings and the lingering effects of racial violence. Courtroom procedures, however, worked against a deeper exploration of the state’s complicity in murder or a full accounting of racial injustices, past or present. Yet the media and a new generation of white southerners—a different breed from the dying Klansmen on trial—saw the convictions as proof of the politically rehabilitated South and stamped “case closed” on America’s legacy of violent racism. Romano shows why addressing the nation’s troubled racial past will require more than legal justice.