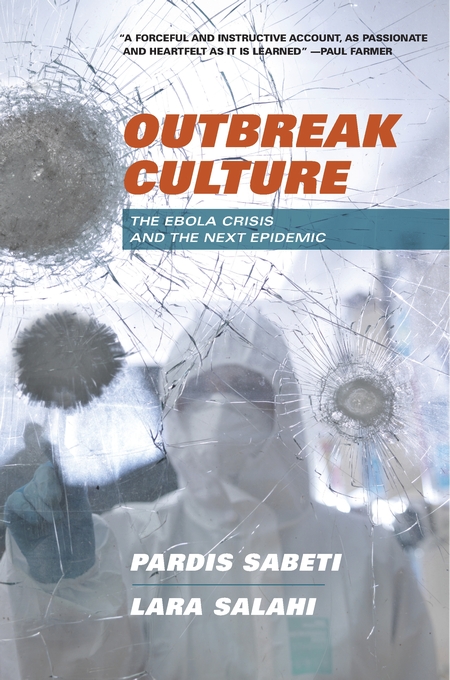 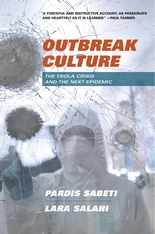 The Ebola Crisis and the Next Epidemic

“A must read for anyone with an interest in disease outbreaks, pandemics, and the international response during an emerging crisis.”—Choice

“[Sabeti and Pardis] uncover the chaos behind the world’s response to the 2014–2016 Ebola outbreak, and posit how it could have been avoided… Rooted in personal stories and testimonies, the book is a critical, poignant postmortem of the epidemic.”—Erin Blakemore, The Washington Post

“Puts a human face on the challenges by telling the stories of researchers, clinicians, and patients… The power of Outbreak Culture is its universality. It describes dynamics common at varying levels in every humanitarian emergency… A much-needed call for greater justice next time.”—Nahid Bhadelia, Nature

“The authors deftly weave surveys, interviews, and retrospectives on previous outbreaks into a concise depiction of the Ebola epidemic, with particular focus on human behaviors that exacerbated the course of the outbreak.”—William E. Pewen, Science

“During epidemics and crises we see the best and worst of humanity. Outbreak Culture provides a thought-provoking account of the behaviors and ensuing politics that transpired throughout the Ebola outbreak of 2014–2016. This book offers important lessons, critically needed, to ensure that we are better prepared for the next epidemic.”—Peter Piot, Director, London School of Hygiene and Tropical Medicine

“A forceful and instructive account, as passionate and heartfelt as it is learned, Outbreak Culture reveals the experience most Ebola responders had but could not name. Through laboratory data and survey responses from hundreds of individuals directly involved in the world’s largest public health endeavor, Sabeti and Salahi uncover competition, sabotage, fear, blame, and disorganization bordering on chaos, features that are seen in just about any lethal epidemic.”—Paul Farmer, cofounder of Partners in Health

“A heroic saga of human nature at its very best and worst. Sabeti and Salahi shed light on the fragmented and uncoordinated global response to the Ebola epidemic. All of us who respond to outbreaks now have a mandatory moral and cultural guide.”—Joseph B. McCormick, coauthor of The Virus Hunters: Dispatches from the Frontline

“This book, written eloquently by a journalist and a scientist, highlights many lessons learned from the Ebola epidemic. The need for transparency, collaboration, and coordination among individual actors and agencies is more important than ever.”—Sylvia Blyden, former Sierra Leone Minister of Social Welfare, Gender and Children’s Affairs