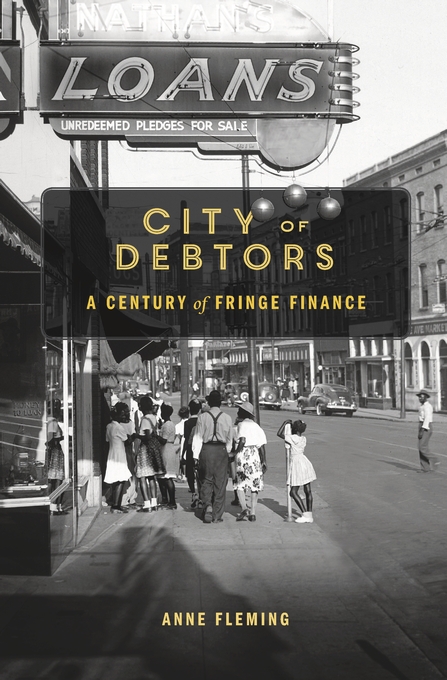 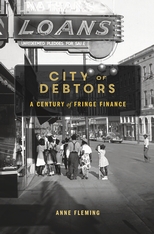 A Century of Fringe Finance

On WNUR (Chicago)’s This Is Hell!, listen to Anne Fleming explain the shifting power dynamics between small-sum lending businesses, poor customers, and the state:

Since the rise of the small-sum lending industry in the 1890s, people on the lowest rungs of the economic ladder in the United States have been asked to pay the greatest price for credit. Again and again, Americans have asked why the most fragile borrowers face the highest costs for access to the smallest loans. To protect low-wage workers in need of credit, reformers have repeatedly turned to law, only to face the vexing question of where to draw the line between necessary protection and overreaching paternalism.

City of Debtors shows how each generation of Americans has tackled the problem of fringe finance, using law to redefine the meaning of justice within capitalism for those on the economic margins. Anne Fleming tells the story of the small-sum lending industry’s growth and regulation from the ground up, following the people who navigated the market for small loans and those who shaped its development at the state and local level. Fleming’s focus on the city and state of New York, which served as incubators for numerous lending reforms that later spread throughout the nation, differentiates her approach from work that has centered on federal regulation. It also reveals the overlooked challenges of governing a modern financial industry within a federalist framework.

Fleming’s detailed work contributes to the broader and ongoing debate about the meaning of justice within capitalistic societies, by exploring the fault line in the landscape of capitalism where poverty, the welfare state, and consumer credit converge.