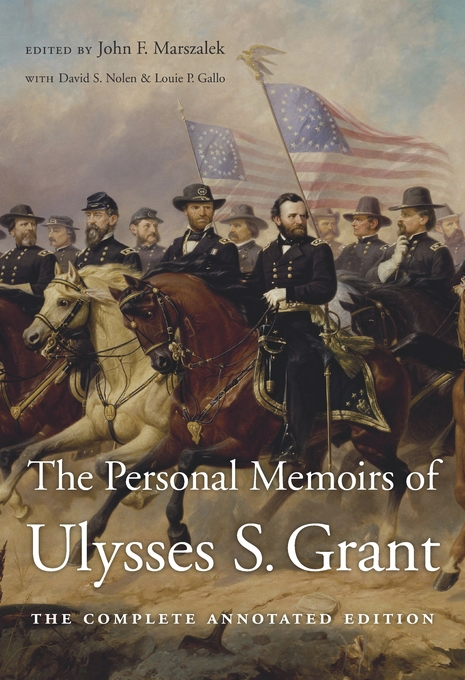 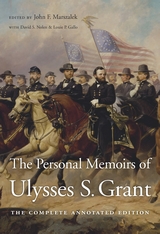 “This fine volume leaps straight onto the roster of essential reading for anyone even vaguely interested in Grant and the Civil War. The book is deeply researched, but it introduces its scholarship with a light touch that never interferes with the reader’s enjoyment of Grant’s fluent narrative.”—Ron Chernow, author of Grant

Ulysses S. Grant’s memoirs, sold door-to-door by former Union soldiers, were once as ubiquitous in American households as the Bible. Mark Twain, Gertrude Stein, Henry James, and Edmund Wilson hailed them as great literature, and countless presidents, including Clinton and George W. Bush, credit Grant with influencing their own writing. Yet a judiciously annotated edition of these memoirs has never been produced until now.

The Personal Memoirs of Ulysses S. Grant is the first comprehensively annotated edition of Grant’s memoirs, clarifying the great military leader’s thoughts on his life and times through the end of the Civil War and offering his invaluable perspective on battlefield decision making. An introduction contextualizes Grant’s life and significance, and lucid editorial commentary allows his voice and narrative to shine through. With annotations compiled by the editors of the Ulysses S. Grant Association’s Presidential Library, this definitive edition enriches our understanding of the pre-war years, the war with Mexico, and the Civil War. Grant provides essential insight into how rigorously these events tested America’s democratic institutions and the cohesion of its social order.

The Personal Memoirs of Ulysses S. Grant is a work of profound political, historical, and literary significance. This celebrated annotated edition will introduce a new generation of readers of all backgrounds to an American classic.