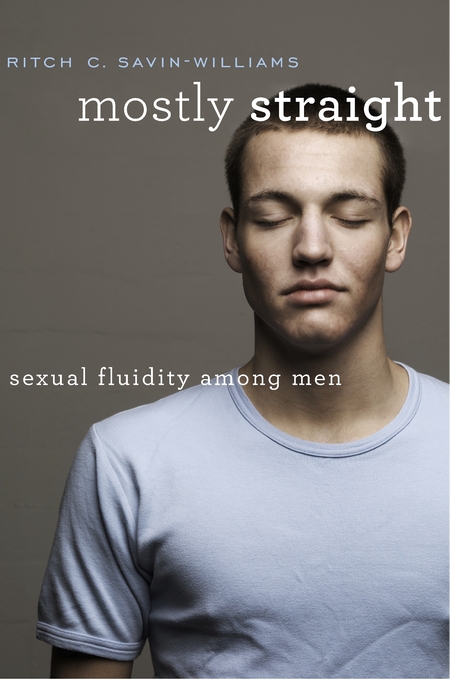 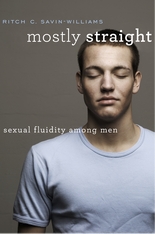 “An illuminating new study about male sexual fluidity… Calling for a more modern understanding of sexual orientation, [Savin-Williams’s] idea is that increasing numbers of millennial metrosexual young men are shunning rigid notions of sexuality, and increasingly not identifying as straight, but mostly straight. These are not closeted gay or bisexual men but a new generation of guys who are predominantly heterosexual but have embraced the idea that sexuality exists on a spectrum and who have less anxiety than previous generations about being open to intimacy with other guys.”—Uli Lenart, Attitude

“Savin-Williams, a highly respected psychologist and pioneer in research on sexual minority youth, brings us a fascinating and in-depth exploration of nonexclusive heterosexuality among young men. Woven around engaging first person narratives that defy gender stereotypes, and supported by emerging science on male sexual fluidity, Mostly Straight offers an opportunity to challenge the status quo of tripartite sexual identities and attractions—bi, gay, straight—and consider the possibility of a more flexible, and less categorical, sexuality.”—Meredith Chivers, Associate Professor of Psychology and Director of the Sexuality and Gender Laboratory (SageLab), Queen’s University

“This is a book whose time has come, and there is no one better suited to tell these riveting, surprising stories than Ritch Savin-Williams. For too long, men who consider themselves ‘mostly straight’ have been invisible and misunderstood. Their experiences will challenge your assumptions about sexual identity and orientation and reveal blind spots in your thinking that you didn’t know you had.”—Lisa Diamond, author of Sexual Fluidity

“In this beautifully written book, Savin-Williams offers a nuanced and substantive portrait of an often overlooked group. He makes a forceful case that both the general public and the scientific community should recognize the existence and experiences of mostly straight men.”—Letitia Anne Peplau, University of California, Los Angeles