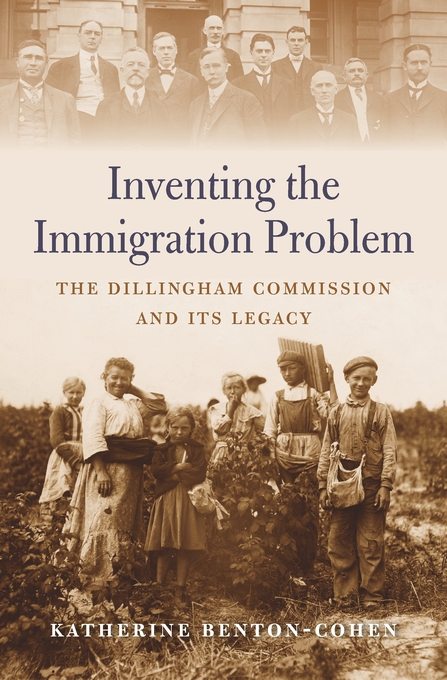 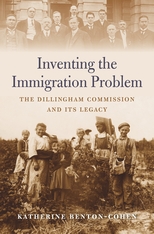 The Dillingham Commission and Its Legacy

On PRX’s Innovation Hub, listen to Katherine Benton-Cohen explain the roots of today’s hard-line immigration beliefs—for example, that immigrants from certain (racialized) backgrounds won’t successfully assimilate—and the relative ease with which many individuals in pre–Dillingham Commission generations were able to legally immigrate:

In 1907 the U.S. Congress created a joint commission to investigate what many Americans saw as a national crisis: an unprecedented number of immigrants flowing into the United States. Experts—women and men trained in the new field of social science—fanned out across the country to collect data on these fresh arrivals. The trove of information they amassed shaped how Americans thought about immigrants, themselves, and the nation’s place in the world. Katherine Benton-Cohen argues that the Dillingham Commission’s legacy continues to inform the ways that U.S. policy addresses questions raised by immigration, over a century later.

Within a decade of its launch, almost all of the commission’s recommendations—including a literacy test, a quota system based on national origin, the continuation of Asian exclusion, and greater federal oversight of immigration policy—were implemented into law. Inventing the Immigration Problem describes the labyrinthine bureaucracy, broad administrative authority, and quantitative record-keeping that followed in the wake of these regulations. Their implementation marks a final turn away from an immigration policy motivated by executive-branch concerns over foreign policy and toward one dictated by domestic labor politics.

The Dillingham Commission—which remains the largest immigration study ever conducted in the United States—reflects its particular moment in time when mass immigration, the birth of modern social science, and an aggressive foreign policy fostered a newly robust and optimistic notion of federal power. Its quintessentially Progressive formulation of America’s immigration problem, and its recommendations, endure today in almost every component of immigration policy, control, and enforcement.