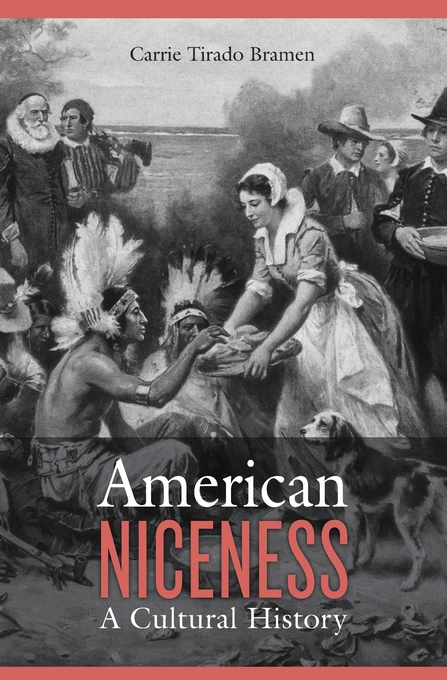 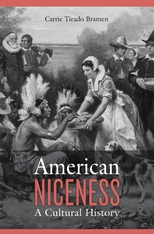 “Brilliant… This is why Bramen’s book is so important right now: American Niceness does a remarkable job of demonstrating not only the history of deeply entrenched norms of niceness but also the reasons they have lurked beneath our critical radar for so long. Bramen shows impressive range in her analysis, tracking the development of American niceness back to the earliest myths of settler colonialism on the New England shore and forward through the pre–Civil War decades all the way to foreign policy at the turn of the century… Niceness has always been crucial to American culture. At times, it has provided cover for our worst crimes and inequalities; at others, a means of ameliorating or reforming them.”—D. Berton Emerson, The Los Angeles Review of Books

“Any nation that lays claim to certain principles, just like any person who dares to do so, opens itself up to the charge of hypocrisy. Some of the best moments in Bramen’s history ask what might happen were we to actually live up to our ideals.”—Meghan O’Gieblyn, The New Yorker

“Under the cover of niceness, Americans have done many things that are not at all nice: Native American genocide and slavery at the start, setting the stage for more free-ranging racism, sexism and imperialism. Bramen teases out the constructions (and underlying contradictions) of how we imagine ourselves, and who we really are. She discusses how niceness, and, of course, the manipulation of this idea, was invoked to sustain American exceptionalism… She is right that American niceness, a coercive strategy, is often not genuine. Long-standing myths created to hide exploitation endure in the present, supplanting a frank reckoning of our national character.”—Randy Malamud, Times Higher Education

“What [Bramen] has written is a fascinating account of how niceness has figured in ‘a national fantasy of American exceptionalism,’ that Americans are unique because they are nice and friendly.”—B. F. Le Beau, Choice

“Using primary sources, this well-researched book demonstrates how national identity is formed, transformed over time, and functions personally and politically… An important resource for readers of history and literary criticism.”—Timothy Berge, Library Journal

“American Niceness is the sort of big, provocative, and essential book that attracts intelligent readers, especially at a time when U.S. politics puts the question of American niceness squarely on the table. It insists brilliantly on seeing the debates and wishful thinking regarding the ‘niceness’ of subaltern Americans as fundamental to nation-making practices of representation. The sections on how the feminine and the diplomatic fused are fascinating, as are those on siblings and learning to love and hate at once. There is no work even remotely like this one.”—David Roediger, University of Kansas

“No discerning reader will fail to spot that this is a big book in every sense of the word, indeed a game-changer, in its contribution to the history and theory of American culture. In its trenchant but fair-minded exploration of ‘how niceness has figured in a national fantasy of American exceptionalism,’ this book pulls off the feat of taking seriously a long-scorned but crucial dimension of national self-conception. American Niceness will be a vade mecum for students of U.S. culture everywhere.”—Lawrence Buell, Harvard University