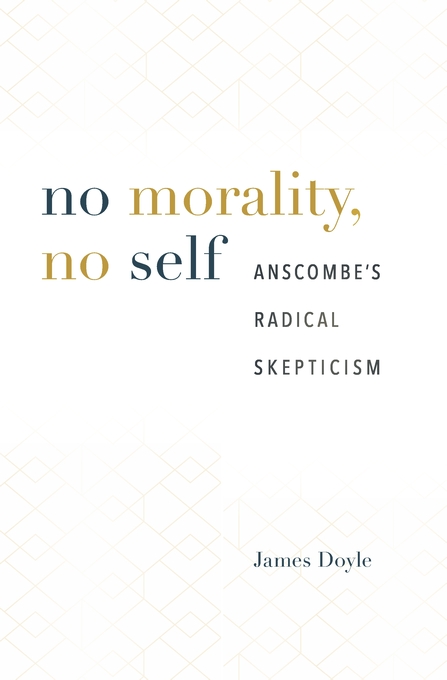 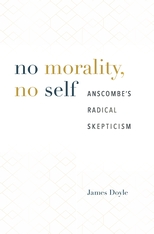 No Morality, No Self

Frequently cited and just as often disputed, Elizabeth Anscombe’s “Modern Moral Philosophy” (1958) and “The First Person” (1975) are touchstones of twentieth-century analytic philosophy. Though the arguments Anscombe advances in these papers are familiar to philosophers, their significance remains widely misunderstood, says James Doyle.

No Morality, No Self offers a fresh interpretation of Anscombe’s still-controversial theses about ethical reasoning and individual identity, specifically, her argument that the term “moral” (as it occurs in such contexts as “moral obligation”) is literally meaningless, and that “I” does not refer to some special entity called a “self”—a pair of claims that philosophers have responded to with deep skepticism. However unsettling Anscombe’s conclusions may be, Doyle shows the underlying seriousness of the British philosopher’s reasoning, exposing with clarity and concision how the counterarguments of Anscombe’s detractors are based on a flawed or incomplete understanding of her ideas.

Doyle zeroes in on the central conundrum Anscombe posed to the referentialist school: namely, that it is impossible to give a noncircular explanation of how “I” refers to the person who utters it. He shows where the refutations of philosophers including Lucy O’Brien, Gareth Evans, and Ian Rumfitt fall short, and throws light on why “I” developed features that make it look as if it functions as a referring expression. Reconciling seemingly incompatible points of view, Doyle argues that “I” does refer to a self, but not in a way anyone suspected—a surprising conclusion that is entirely à propos of Anscombe’s provocative thought.