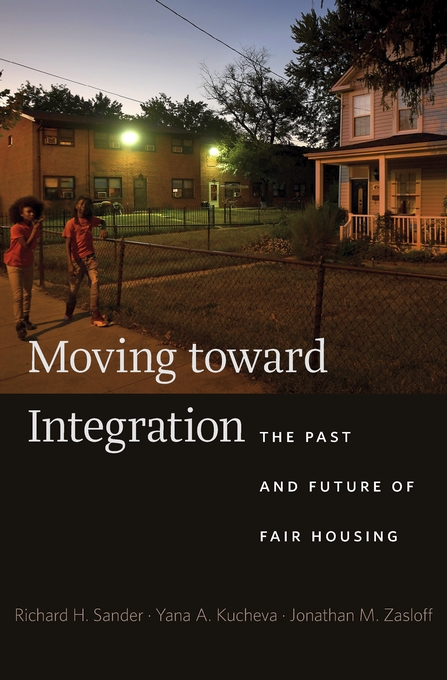 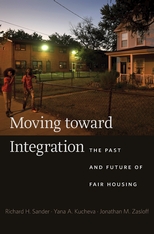 The Past and Future of Fair Housing

Reducing residential segregation is the best way to reduce racial inequality in the United States. African American employment rates, earnings, test scores, even longevity all improve sharply as residential integration increases. Yet far too many participants in our policy and political conversations have come to believe that the battle to integrate America’s cities cannot be won. Richard Sander, Yana Kucheva, and Jonathan Zasloff write that the pessimism surrounding desegregation in housing arises from an inadequate understanding of how segregation has evolved and how policy interventions have already set many metropolitan areas on the path to integration.

Scholars have debated for decades whether America’s fair housing laws are effective. Moving toward Integration provides the most definitive account to date of how those laws were shaped and implemented and why they had a much larger impact in some parts of the country than others. It uses fresh evidence and better analytic tools to show when factors like exclusionary zoning and income differences between blacks and whites pose substantial obstacles to broad integration, and when they do not.

Through its interdisciplinary approach and use of rich new data sources, Moving toward Integration offers the first comprehensive analysis of American housing segregation. It explains why racial segregation has been resilient even in an increasingly diverse and tolerant society, and it demonstrates how public policy can align with demographic trends to achieve broad housing integration within a generation.