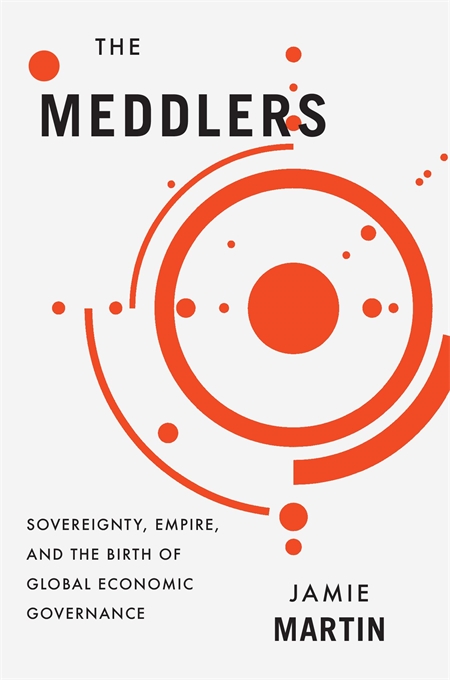 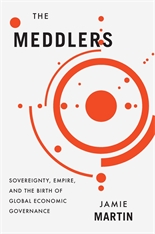 Sovereignty, Empire, and the Birth of Global Economic Governance

“Explains how the unparalleled economic coordination among the allies during World War I (‘a system of government purchasing, price-fixing, distribution and transport’) laid the groundwork for attempted delegations of sovereignty after war ended. Martin recounts in fascinating detail how these institutions in the 1920s imposed austerity disguised as debt relief, and the hapless efforts of smaller debtor nations and Germany to resist.”—Robert Kuttner, American Prospect

“Martin offers an alternative perspective on the crisis of global economic governance today, showing how the interventionist powers of the IMF and the World Bank have all along been rooted in empire and colonialism.”—Daniel Steinmetz-Jenkins, The Nation

“The Meddlers is a brilliant and revealing history of the imperial origins of contemporary institutions for global economic governance. It is essential reading for anyone concerned with the past, present, and future of the global economy and the institutions we have created to manage it.”—Tara Zahra, University of Chicago

“The Meddlers is a deeply-researched and intelligent treatment of an important subject—that is, just how our organs of international economic governance came to exert the influence they do.”—Susan Pedersen, Columbia University

“The Meddlers advances a persuasive argument about the origins and evolution of global economic governance. It charts the evolution of legal norms and institutional practices—not just one of the most under-studied aspects of global governance, but also the most challenging to reveal. The range of national and international agencies and actors is impressive; the juxtaposition of different agencies novel and revealing.”—Patricia Clavin, University of Oxford

“The Meddlers is an eye-opening, essential new history that places our international financial institutions in the transition from a world defined by empire to one of nation states enmeshed in the world economy.”—Adam Tooze, Columbia University

“A compelling and original history of the way new international economic organizations interfered with national economic sovereignty in two world wars, and the economically tumultuous period between them. The Meddlers is an important and timely contribution to global political and economic history.”—David Edgerton, King’s College London