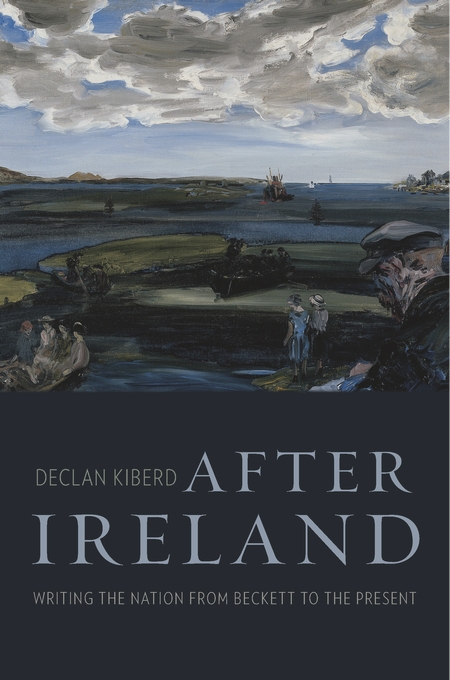 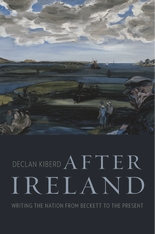 Writing the Nation from Beckett to the Present

Ireland is suffering from a crisis of authority. Catholic Church scandals, political corruption, and economic collapse have shaken the Irish people’s faith in their institutions and thrown the nation’s struggle for independence into question. While Declan Kiberd explores how political failures and economic globalization have eroded Irish sovereignty, he also sees a way out of this crisis. After Ireland surveys thirty works by modern writers that speak to worrisome trends in Irish life and yet also imagine a renewed, more plural and open nation.

After Dublin burned in 1916, Samuel Beckett feared “the birth of a nation might also seal its doom.” In Waiting for Godot and a range of powerful works by other writers, Kiberd traces the development of an early warning system in Irish literature that portended social, cultural, and political decline. Edna O’Brien, Frank O’Connor, Seamus Heaney, and Michael Hartnett lamented the loss of the Irish language, Gaelic tradition, and rural life. Nuala Ní Dhomhnaill and Eavan Boland grappled with institutional corruption and the end of traditional Catholicism. These themes, though bleak, led to audacious experimentation, exemplified in the plays of Brian Friel and Tom Murphy and the novels of John Banville. Their achievements embody the defiance and resourcefulness of Ireland’s founding spirit—and a strange kind of hope.

After Ireland places these writers and others at the center of Ireland’s ongoing fight for independence. In their diagnoses of Ireland’s troubles, Irish artists preserve and extend a humane culture, planting the seeds of a sound moral economy.