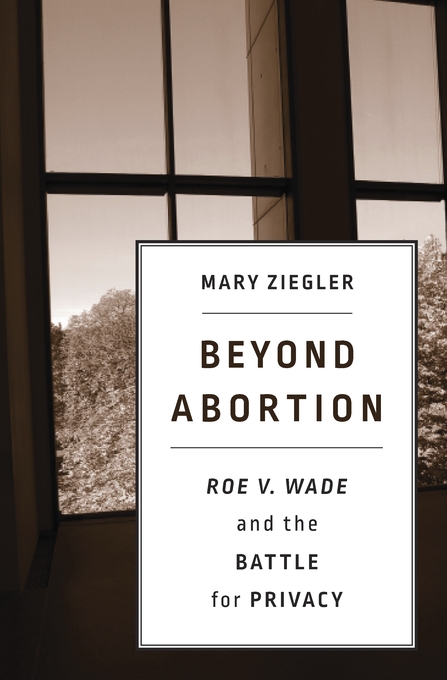 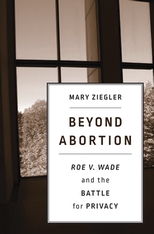 “This in-depth look at the right to privacy, how it has been interpreted by different social movements, and their arguments is balanced with the stories of individuals within the movements.”—J. M. Keller-Aschenbach, Choice

“Meticulously researched and extremely well-written, Beyond Abortion combines an astonishing range of literature, archival data, and empirical research to provide a vivid account of how Roe v. Wade shaped a much wider range of political protest than simply abortion. Mary Ziegler’s account of how social movements debated the meaning of privacy and struggled to use it to pursue political ends will illuminate the thinking of activists and scholars alike.”—Kristin Luker, author of Abortion and the Politics of Motherhood

“Ziegler is the preeminent scholar of the ‘hidden history’ of Roe. She shows us how people fashioned new identities and new projects for themselves out of Roe’s ‘right to privacy’ and how the legacy of the most famous Court decision of modern times continues to reverberate through our own lives. This is a book that reaches beyond the contested politics of abortion rights, for it illuminates a much larger set of themes involving choice, autonomy, and the role of the state in twenty-first century life.”—Kenneth Mack, author of Representing the Race: The Creation of the Civil Rights Lawyer

“While much has been written about Roe v. Wade and abortion rights, we know relatively little about its impact on other areas of the law. Mary Ziegler reveals how Roe influenced a wide range of issues, including sexual liberty, the right to refuse medical treatment, and the right to die. Full of original and fascinating material, Beyond Abortion is a well-constructed and compelling book that makes crucial contributions to our understanding of Roe’s effects on law and social movements.”—Serena Mayeri, author of Reasoning from Race: Feminism, Law, and the Civil Rights Revolution