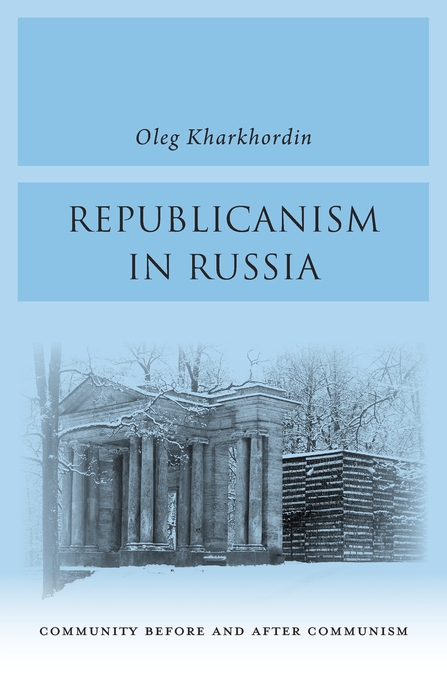 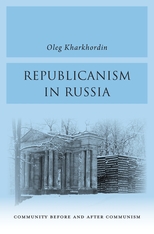 Community Before and After Communism

If Marxism was the apparent loser in the Cold War, it cannot be said that liberalism was the winner, at least not in Russia. Oleg Kharkhordin is not surprised that institutions of liberal democracy failed to take root following the dissolution of the Soviet Union. In Republicanism in Russia, he suggests that Russians can find a path to freedom by looking instead to the classical tradition of republican self-government and civic engagement already familiar from their history.

Republicanism has had a steadfast presence in Russia, in spite of tsarist and communist hostility. Originating in the ancient world, especially with Cicero, it continued by way of Machiavelli, Montesquieu, Tocqueville, and more recently Arendt. While it has not always been easy for Russians to read or write classical republican philosophy, much less implement it, republican ideas have long flowered in Russian literature and are part of a common understanding of freedom, dignity, and what constitutes a worthy life. Contemporary Russian republicanism can be seen in movements defending architectural and cultural heritage, municipal participatory budgeting experiments, and shared governance in academic institutions. Drawing on recent empirical research, Kharkhordin elaborates a theory of res publica different from the communal life inherited from the communist period, one that opens up the possibility for a genuine public life in Russia.

By embracing the indigenous Russian reception of the classical republican tradition, Kharkhordin argues, today’s Russians can sever their country’s dependence on the residual mechanisms of the communist past and realize a new vision for freedom.