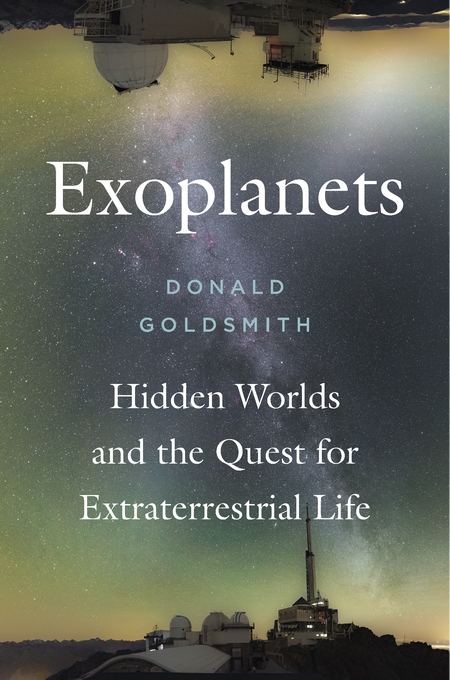 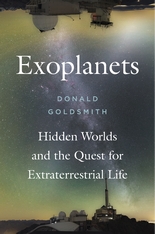 Hidden Worlds and the Quest for Extraterrestrial Life

“How do alien, faraway worlds reveal their existence to Earthlings? Let Donald Goldsmith count the ways. As an experienced astronomer and a gifted storyteller, he is the perfect person to chronicle the ongoing hunt for planets of other stars.”—Dava Sobel

Astronomers have recently discovered thousands of planets that orbit stars throughout our Milky Way galaxy. With his characteristic wit and style, Donald Goldsmith presents the science of exoplanets and the search for extraterrestrial life in a way that Earthlings with little background in astronomy or astrophysics can understand and enjoy.

Much of what has captured the imagination of planetary scientists and the public is the unexpected strangeness of these distant worlds, which bear little resemblance to the planets in our solar system. The sizes, masses, and orbits of exoplanets detected so far raise new questions about how planets form and evolve. Still more tantalizing are the efforts to determine which exoplanets might support life. Astronomers are steadily improving their means of examining these planets’ atmospheres and surfaces, with the help of advanced spacecraft sent into orbits a million miles from Earth. These instruments will provide better observations of planetary systems in orbit around the dim red stars that throng the Milky Way. Previously spurned as too faint to support life, these cool stars turn out to possess myriad planets nestled close enough to maintain Earthlike temperatures.

The quest to find other worlds brims with possibility. Exoplanets shows how astronomers have broadened our planetary horizons, and suggests what may come next, including the ultimate discovery: life beyond our home planet.