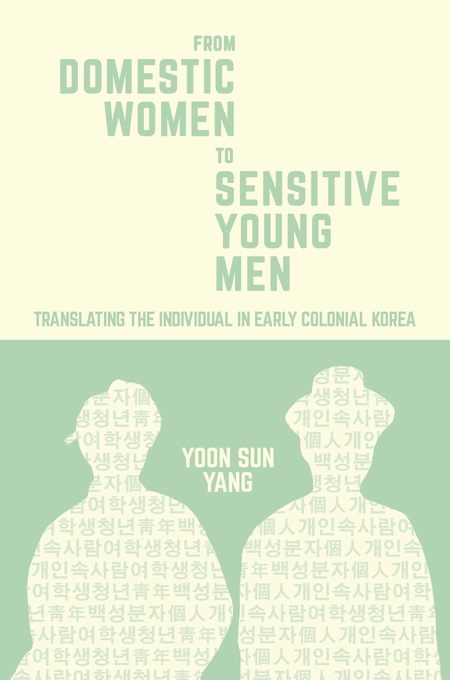 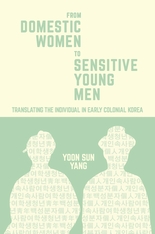 “From Domestic Women to Sensitive Young Men is a brilliant account of the uneven emergence of the modern subject in Korean literary fiction, immersing us in the historical circumstances of colonialism, censorship, and the transition to modernity that shaped authors and readers alike in early colonial Korea. Taking a neglected but crucial corpus of novels known as New Fiction that flourished after the Protectorate Treaty in 1905, the book argues that the same circumstances that made the political novel impossible created a genre of domestic fiction where the traumas of transition to a modern society were thrashed out. By returning us to these complex and ambivalent literary figures who served as the unacknowledged earliest iterations of the modern individual, Yoon Sun Yang’s book makes a compelling case for the importance of this genre in understanding early colonial Korea. Written in beautiful, measured prose, this book apprises us of the costs of longing for individuality, modernity, and civilization. A work of comparative literature at its finest.”—Ruth Barraclough, Australian National University

“Yang’s important study challenges hegemonic, male-centered historical narratives of intellectual and literary modernity that are both Korean and universal. The book vouches strongly for the embodied nature of the individual subject, which is never transcendent but is always marked by gender, ethnicity, class, and sexual orientation. Emerging from Yang’s clear, precise, and always insightful prose are thus many of the suppressed Others of Enlightenment rationality—insane women, queer couples, sensitive men, female ghosts, and more. An admirable example of feminist literary scholarship, this book will become a must read for scholars and students of Korean and East Asian literature, comparative literature, gender studies, and postcolonial studies.”—Sunyoung Park, University of Southern California

“Yoon Sun Yang’s From Domestic Women to Sensitive Young Men is revisionary scholarship of the best and highest order that will also reach beyond the growing field of Korean literary studies to attract scholars of other national literatures.”—Janet Poole, University of Toronto