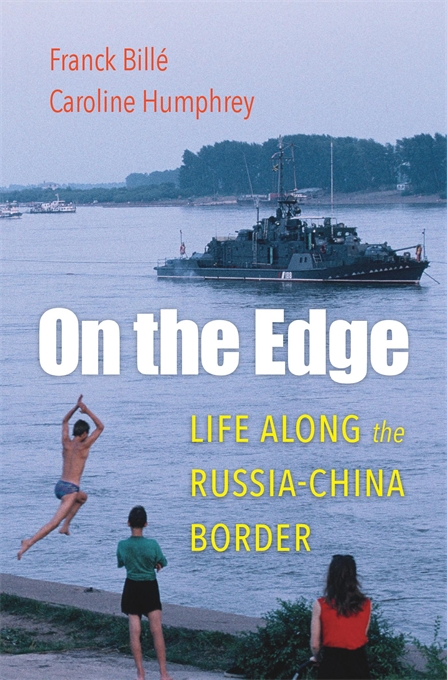 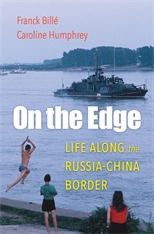 Life along the Russia-China Border

“A fine-grained account of the awkwardness, asymmetries, and paradoxes of life…along the 2,600-mile border between Russia and China.”—Adeeb Khalid, Times Literary Supplement

“[A] sparkling book…which transported me to familiar and new places.”—Peter Frankopan, The Spectator

“Deeply revealing about both the geopolitical relationship of Russia and China and their strikingly different modes of operation.”—Sheila Fitzpatrick, London Review of Books

“The first comprehensive analysis of how the lived experiences of the inhabitants of these peripheries intersect with the grand national and geopolitical visions emanating from the political centers of Moscow and Beijing… Fleshes out reductive media representations, illustrating how the ostensible political friendship between Moscow and Beijing is manifested, rejected, and contested in the everyday lives of ordinary people.”—Emily Couch, Moscow Times

“A book rich in insight and offering a fascinating and unique way of exposing the real contours of this hugely important relationship… Russians and Chinese, if they do share ethnic, kin or other bonds, simply view the world in a different way, framed by the national sentiments prevailing on the particular side of the border on which they happen to live.”—Kerry Brown, Asian Affairs

“For an ethnographic-cum-geopolitical account of Russia’s long border to the east, see the terrific book by Franck Billé and Caroline Humphrey, On the Edge: Life along the Russia-China Border.”—Sheila Fitzpatrick, Australian Book Review

“Enlightening… Billé and Humphrey record the results of their studies and visits to this border, taking in a number of themes, including environmental protection, indigenous peoples, cross-border trade, migration, friendship and neighborly attitudes. Each chapter reveals much about the borderlands, and much about the policies and histories of these two giants, which once shared a ruling ideology.”—Katie Burton, Geographical

“A close examination of a stretch of the Amur where Russia and China stare at one another in a fragile friendship. [Billé and Humphrey] approach their topic through the perspective of the people who live there and make the river border work or, in some cases, not work.”—Jack Weatherford, Mekong Review

“In this rich and wonderfully written book, two giants of twentieth-century socialism meet in the cities, forests, and along the rivers of northeast Asia to show how much is at stake for so many in competing visions of a postsocialist future.”—Bruce Grant, New York University

“A wonderfully illuminating book, filled with insights about the frontier between Russia and China and the peoples who live in and alongside the border zones. Beautifully written and immaculately researched, this is an important book that draws on the past and present—and has obvious implications for the future.”—Peter Frankopan, author of The Silk Roads: A New History of the World

“Where the edges of Russia and China meet is perhaps the world’s most politically unknown but consequential borderland. Franck Billé and Caroline Humphrey provide the missing picture of how multicultural peoples carry on a burgeoning trade that is transforming life along this vast frontier. The authors show that despite different historical imaginations and personal stories on both sides, variant forms of capitalism—mafia and state—help weave friends, foes, and kin across the border.”—Aihwa Ong, author of Fungible Life: Experiment in the Asian City of Life

“Relations between Russia and China are usually discussed through a top-down approach—the hopes, dreams, and aspirations of a Putin and a Xi Jinping. Billé and Humphrey on the contrary turn to the ordinary lives of people living on and working across the border. A beautiful exploration of the daily reality of these border lives, revealing tensions, relations, and emerging trends that top-down approaches have missed entirely.”—Michael Puett, Harvard University

“For centuries, Russia and China have confronted each other along one of the longest, most important but least understood land borders in the world. On the Edge is a fascinating ethnographic study of life in this border region today that works on two levels, offering a highly focused and personalized consideration of cross-cultural and transnational interactions across a remote borderland while at the same time providing valuable insights into the dynamics that both impel and complicate the evolving Sino–Russian relationship.”—Mark Bassin, Södertörn University