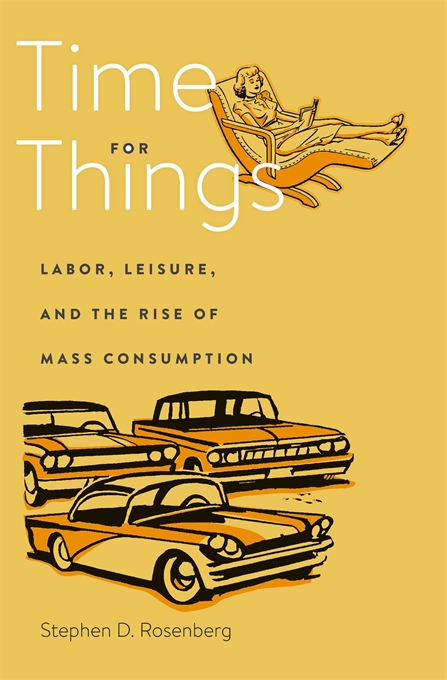 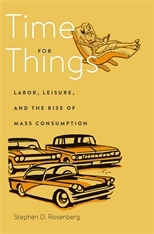 Labor, Leisure, and the Rise of Mass Consumption

Modern life is full of stuff yet bereft of time. An economic sociologist offers an ingenious explanation for why, over the past seventy-five years, Americans have come to prefer consumption to leisure.

Productivity has increased steadily since the mid-twentieth century, yet Americans today work roughly as much as they did then: forty hours per week. We have witnessed, during this same period, relentless growth in consumption. This pattern represents a striking departure from the preceding century, when working hours fell precipitously. It also contradicts standard economic theory, which tells us that increasing consumption yields diminishing marginal utility, and empirical research, which shows that work is a significant source of discontent. So why do we continue to trade our time for more stuff?

Time for Things offers a novel explanation for this puzzle. Stephen Rosenberg argues that, during the twentieth century, workers began to construe consumer goods as stores of potential free time to rationalize the exchange of their labor for a wage. For example, when a worker exchanges his labor for an automobile, he acquires a duration of free activity that can be held in reserve, counterbalancing the unfree activity represented by work. This understanding of commodities as repositories of hypothetical utility was made possible, Rosenberg suggests, by the standardization of durable consumer goods, as well as warranties, brands, and product-testing, which assured wage earners that the goods they purchased would be of consistent, measurable quality.

This theory clarifies perplexing aspects of behavior under industrial capitalism—the urgency to spend earnings on things, the preference to own rather than rent consumer goods—as well as a variety of historical developments, including the coincident rise of mass consumption and the legitimation of wage labor.