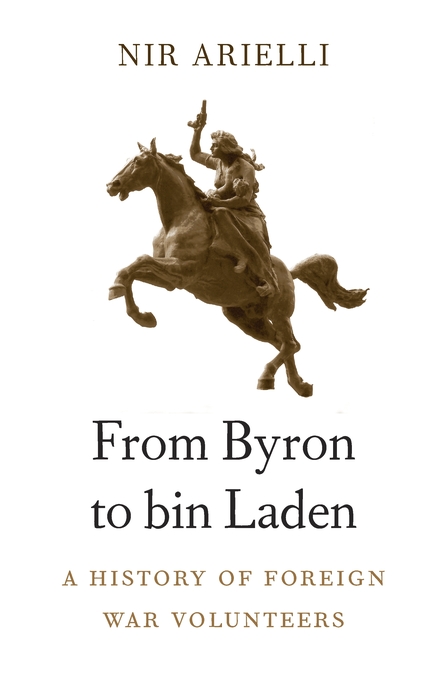 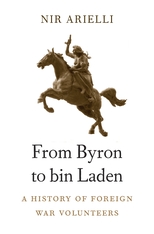 From Byron to bin Laden

A History of Foreign War Volunteers

What makes people fight and risk their lives for countries other than their own? Why did diverse individuals such as Lord Byron, George Orwell, Che Guevara, and Osama bin Laden all volunteer for ostensibly foreign causes? Nir Arielli helps us understand this perplexing phenomenon with a wide-ranging history of foreign-war volunteers, from the wars of the French Revolution to the civil war in Syria.

Challenging narrow contemporary interpretations of foreign fighters as a security problem, Arielli opens up a broad range of questions about individuals’ motivations and their political and social context, exploring such matters as ideology, gender, international law, military significance, and the memory of war. He shows that even though volunteers have fought for very different causes, they share a number of characteristics. Often driven by a personal search for meaning, they tend to superimpose their own beliefs and perceptions on the wars they join. They also serve to internationalize conflicts not just by being present at the front but by making wars abroad matter back at home. Arielli suggests an innovative way of distinguishing among different types of foreign volunteers, examines the mixed reputation they acquire, and provides the first in-depth comparative analysis of the military roles that foreigners have played in several conflicts.

Merging social, cultural, military, and diplomatic history, From Byron to bin Laden is the most comprehensive account yet of a vital, enduring, but rarely explored feature of warfare past and present.