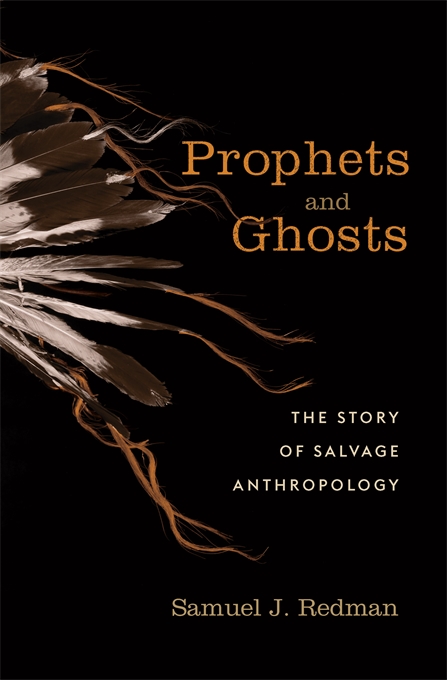 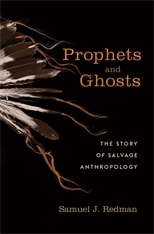 The Story of Salvage Anthropology

On the podcast The Dirt, listen to Samuel Redman unpack the seemingly paradoxical nineteenth- and twentieth-century urge by American scholars to “rescue” objects and even human remains from “disappearing” Indigenous groups:

A searching account of nineteenth-century salvage anthropology, an effort to preserve the culture of “vanishing” Indigenous peoples through dispossession of the very communities it was meant to protect.

In the late nineteenth century, anthropologists, linguists, archaeologists, and other chroniclers began amassing Indigenous cultural objects—crafts, clothing, images, song recordings—by the millions. Convinced that Indigenous peoples were doomed to disappear, collectors donated these objects to museums and universities that would preserve and exhibit them. Samuel Redman dives into the archive to understand what the collectors deemed the tradition of the “vanishing Indian” and what we can learn from the complex legacy of salvage anthropology.

The salvage catalog betrays a vision of Native cultures clouded by racist assumptions—a vision that had lasting consequences. The collecting practice became an engine of the American museum and significantly shaped public education and preservation, as well as popular ideas about Indigenous cultures. Prophets and Ghosts teases out the moral challenges inherent in the salvage project. Preservationists successfully maintained an important human inheritance, sometimes through collaboration with Indigenous people, but collectors’ methods also included outright theft. The resulting portrait of Indigenous culture reinforced the public’s confidence in the hierarchies of superiority and inferiority invented by “scientific” racism.

Today the same salvaged objects are sources of invaluable knowledge for researchers and museum visitors. But the question of what should be done with such collections is nonetheless urgent. Redman interviews Indigenous artists and curators, who offer fresh perspectives on the history and impact of cultural salvage, pointing to new ideas on how we might contend with a challenging inheritance.