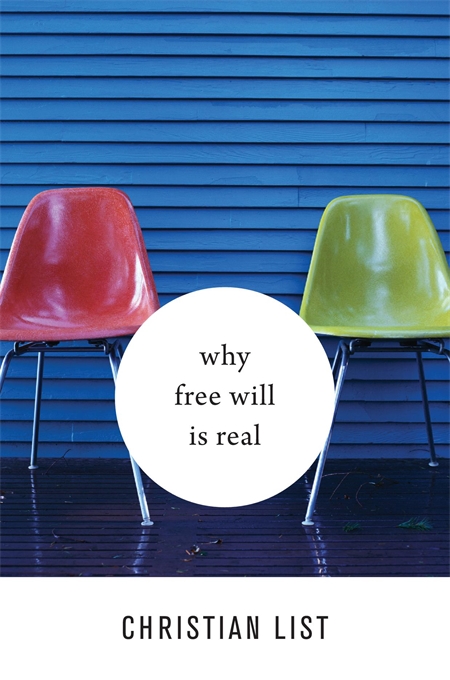 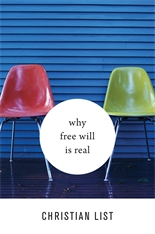 Why Free Will Is Real

On the podcast New Books in Philosophy, listen to Christian List defend a robust conception of free will that requires intentional agency, alternative possibilities, and causal control:

A crystal-clear, scientifically rigorous argument for the existence of free will, challenging what many scientists and scientifically minded philosophers believe.

Philosophers have argued about the nature and the very existence of free will for centuries. Today, many scientists and scientifically minded commentators are skeptical that it exists, especially when it is understood to require the ability to choose between alternative possibilities. If the laws of physics govern everything that happens, they argue, then how can our choices be free? Believers in free will must be misled by habit, sentiment, or religious doctrine. Why Free Will Is Real defies scientific orthodoxy and presents a bold new defense of free will in the same naturalistic terms that are usually deployed against it.

Unlike those who defend free will by giving up the idea that it requires alternative possibilities to choose from, Christian List retains this idea as central, resisting the tendency to defend free will by watering it down. He concedes that free will and its prerequisites—intentional agency, alternative possibilities, and causal control over our actions—cannot be found among the fundamental physical features of the natural world. But, he argues, that’s not where we should be looking. Free will is a “higher-level” phenomenon found at the level of psychology. It is like other phenomena that emerge from physical processes but are autonomous from them and not best understood in fundamental physical terms—like an ecosystem or the economy. When we discover it in its proper context, acknowledging that free will is real is not just scientifically respectable; it is indispensable for explaining our world.