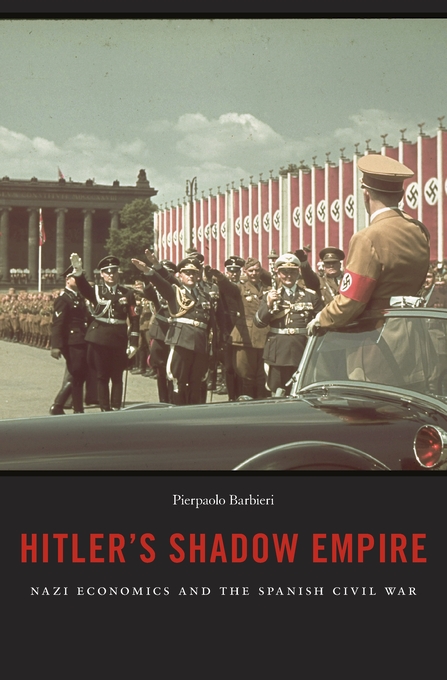 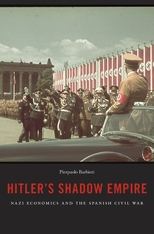 Pitting fascists and communists in a showdown for supremacy, the Spanish Civil War has long been seen as a grim dress rehearsal for World War II. Francisco Franco’s Nationalists prevailed with German and Italian military assistance—a clear instance, it seemed, of like-minded regimes joining forces in the fight against global Bolshevism. In Hitler’s Shadow Empire Pierpaolo Barbieri revises this standard account of Axis intervention in the Spanish Civil War, arguing that economic ambitions—not ideology—drove Hitler’s Iberian intervention. The Nazis hoped to establish an economic empire in Europe, and in Spain they tested the tactics intended for future subject territories.

The Nazis provided Franco’s Nationalists with planes, armaments, and tanks, but behind this largesse was a Faustian bargain. Through weapons and material support, Germany gradually absorbed Spain into an informal empire, extending control over key Spanish resources in order to fuel its own burgeoning war industries. This plan was only possible and profitable because of Hitler’s economic czar, Hjalmar Schacht, a “wizard of international finance.” His policies fostered the interwar German recovery and consolidated Hitler’s dictatorship. Though Schacht’s economic strategy was eventually abandoned in favor of a very different conception of racial empire, Barbieri argues it was in many ways a more effective strategic option for the Third Reich.

Deepening our understanding of the Spanish Civil War by placing it in the context of Nazi imperial ambitions, Hitler’s Shadow Empire illuminates a fratricidal tragedy that still reverberates in Spanish life as well as the world war it heralded.