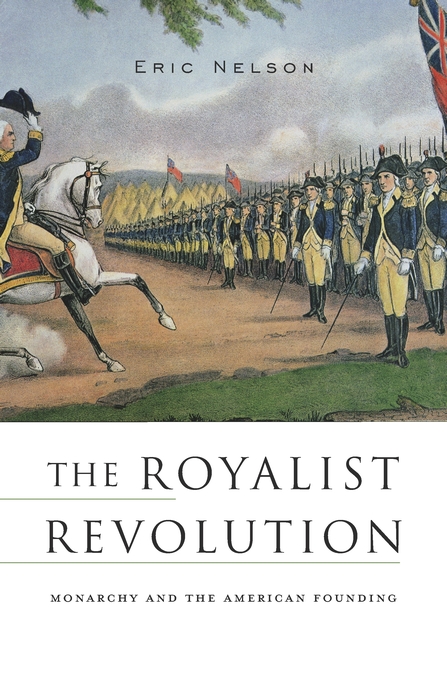 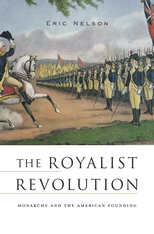 Monarchy and the American Founding

Generations of students have been taught that the American Revolution was a revolt against royal tyranny. In this revisionist account, Eric Nelson argues that a great many of our “founding fathers” saw themselves as rebels against the British Parliament, not the Crown. The Royalist Revolution interprets the patriot campaign of the 1770s as an insurrection in favor of royal power—driven by the conviction that the Lords and Commons had usurped the just prerogatives of the monarch.

Leading patriots believed that the colonies were the king’s own to govern, and they urged George III to defy Parliament and rule directly. These theorists were proposing to turn back the clock on the English constitution, rejecting the Whig settlement that had secured the supremacy of Parliament after the Glorious Revolution. Instead, they embraced the political theory of those who had waged the last great campaign against Parliament’s “usurpations”: the reviled Stuart monarchs of the seventeenth century.

When it came time to design the state and federal constitutions, the very same figures who had defended this expansive conception of royal authority—John Adams, Alexander Hamilton, James Wilson, and their allies—returned to the fray as champions of a single executive vested with sweeping prerogatives. As a result of their labors, the Constitution of 1787 would assign its new president far more power than any British monarch had wielded for almost a hundred years. On one side of the Atlantic, Nelson concludes, there would be kings without monarchy; on the other, monarchy without kings.