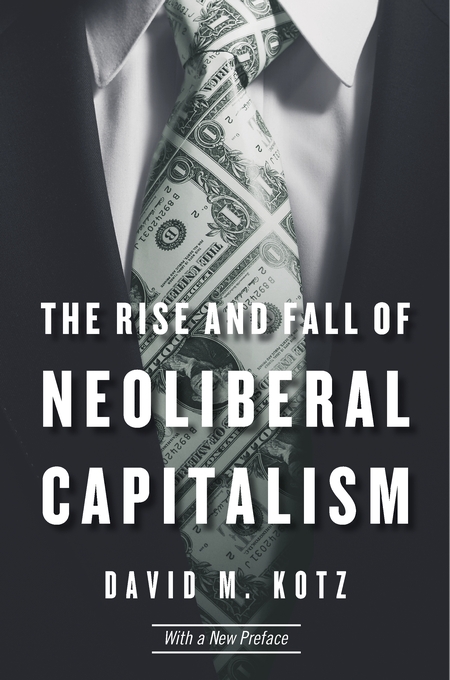 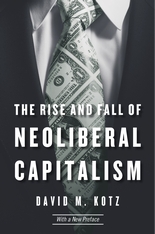 The Rise and Fall of Neoliberal Capitalism

The financial and economic collapse that began in the United States in 2008 and spread to the rest of the world continues to burden the global economy. David Kotz, who was one of the few academic economists to predict it, argues that the ongoing economic crisis is not simply the aftermath of financial panic and an unusually severe recession but instead is a structural crisis of neoliberal, or free-market, capitalism. Consequently, continuing stagnation cannot be resolved by policy measures alone. It requires major institutional restructuring.

Kotz analyzes the reasons for the rise of free-market ideas, policies, and institutions beginning around 1980. He shows how the neoliberal capitalism that resulted was able to produce a series of long although tepid economic expansions, punctuated by relatively brief recessions, as well as a low rate of inflation. This created the impression of a “Great Moderation.” However, the very same factors that promoted long expansions and low inflation—growing inequality, an increasingly risk-seeking financial sector, and a series of large asset bubbles—were not only objectionable in themselves but also put the economy on an unsustainable trajectory. Kotz interprets the current push for austerity as an attempt to deepen and preserve neoliberal capitalism. However, both economic theory and history suggest that neither austerity measures nor other policy adjustments can bring another period of stable economic expansion. Kotz considers several possible directions of economic restructuring, concluding that significant economic change is likely in the years ahead.