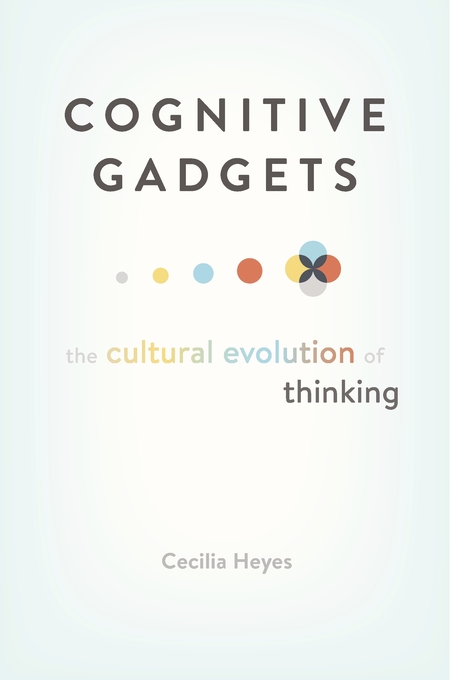 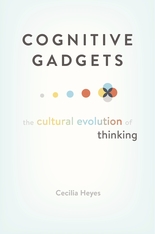 The Cultural Evolution of Thinking

“An essential addition to the literature on human uniqueness… Brilliantly challenges many of the core assumptions of contemporary evolutionary psychology in a way that is insightful, cohesive, detailed, and carefully written. This is perhaps one of the best and most comprehensive views of human cognitive evolution advanced in the recent years.”—Ivan Gonzalez‐Cabrera, History and Philosophy of the Life Sciences

“With this volume, [Heyes] stakes out a bold, authoritative position in the multidisciplinary literature on cultural evolution and human uniqueness… Highly recommended to anyone willing to have their assumptions challenged.”—Carl Brusse, Quarterly Review of Biology

“Human minds are strange and powerful, but how did they become that way? Cecilia Heyes argues that culture is the prime mover, upgrading the mind by installing a cascade of ‘gadgets’—non-genetic innovations that enable imitation, mind-reading, episodic memory, and more. Cognitive Gadgets is an elegant, compelling, and groundbreaking work that should be read by anyone interested in what we are and how we came to be.”—Andy Clark, University of Edinburgh

“Evolutionary psychology has been plagued by theories that are interesting but not testable, and theories that are testable but not interesting. In her exposition of cognitive gadgets, Heyes escapes from this trap. By emphasizing specific mechanisms, she makes precise predictions about what makes human cognition unique, and demonstrates that human culture is not just about accumulating knowledge—it also enables each of us to learn how to think.”—Chris Frith, University College London

“Cecilia Heyes presents a new hypothesis to explain the one feature that distinguishes Homo sapiens from all other species: the mind. Through lucid, compelling writing, this masterly exegesis proposes that the key features of the human mind, termed ‘cognitive gadgets,’ are the products of cultural rather than genetic evolution. It will stimulate its readers to think deeply, as Heyes has done, about what it means to be human.”—Lord John Krebs, University of Oxford

“Cognitive Gadgets is a book written with a strong conviction, boldly taking on deeply entrenched views on topics such as the genetic basis of language and imitation. It will be a very positive contribution to long-held debates about the nature of being human.”—Steven Mithen, author of The Singing Neanderthals: The Origins of Music, Language, Mind, and Body

“Cognitive Gadgets is a terrific book. Heyes makes a very surprising claim, arguing that human cognitive capacities—language, technical and causal intelligence, and the capacity to understand others—are not built by natural selection, but are instead cultural adaptations, installed by social learning. It is a richly informed, beautifully clear, and lucidly argued case.”—Kim Sterelny, Australian National University

“How much of what is distinctively human depends on our biological (genetic) evolution and how much is culturally influenced or learned? This book will make you think about this old question anew and wonder if you have drawn the lines between these two kinds of inheritance in the right places.”—Mary Jane West-Eberhard, Smithsonian Tropical Research Institute