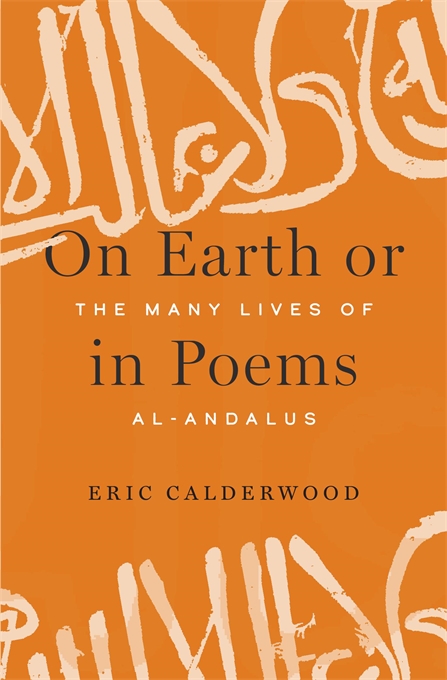 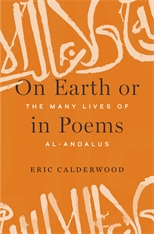 On Earth or in Poems

The Many Lives of al-Andalus

“With extraordinary linguistic range, Calderwood brings us the voices of Arabs and Muslims who have turned to the distant past of Spain to imagine their future.”—Hussein Fancy, Yale University

How the memory of Muslim Iberia shapes art and politics from New York and Cordoba to Cairo and the West Bank.

During the Middle Ages, the Iberian Peninsula was home not to Spain and Portugal but rather to al-Andalus. Ruled by a succession of Islamic dynasties, al-Andalus came to be a shorthand for a legendary place where people from the Middle East, North Africa, and Europe; Jews, Christians, and Muslims lived together in peace. That reputation is not entirely deserved, yet, as On Earth or in Poems shows, it has had an enduring hold on the imagination, especially for Arab and Muslim artists and thinkers in Europe, the Middle East, and North Africa.

From the vast and complex story behind the name al-Andalus, Syrians and North Africans draw their own connections to history’s ruling dynasties. Palestinians can imagine themselves as “Moriscos,” descended from Spanish Muslims forced to hide their identities. A Palestinian flamenco musician in Chicago, no less than a Saudi women’s rights activist, can take inspiration from al-Andalus. These diverse relationships to the same past may be imagined, but the present-day communities and future visions those relationships foster are real.

Where do these notions of al-Andalus come from? How do they translate into aspiration and action? Eric Calderwood traces the role of al-Andalus in music and in debates about Arab and Berber identities, Arab and Muslim feminisms, the politics of Palestine and Israel, and immigration and multiculturalism in Europe. The Palestinian poet Mahmud Darwish once asked, “Was al-Andalus / Here or there? On earth … or in poems?” The artists and activists showcased in this book answer: it was there, it is here, and it will be.