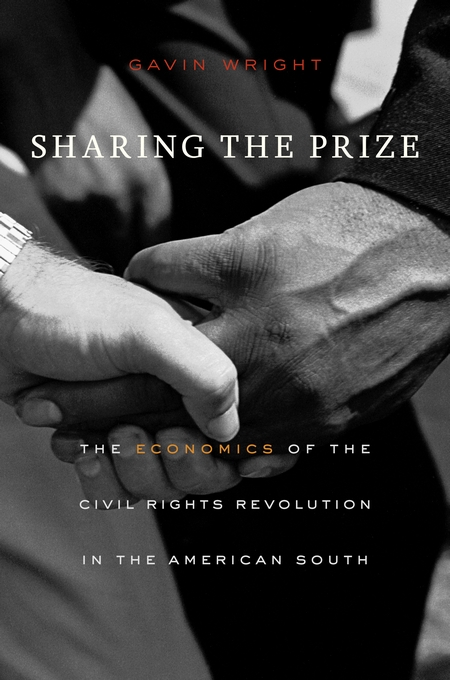 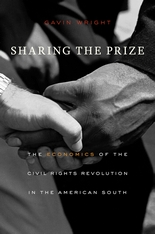 The Economics of the Civil Rights Revolution in the American South

The civil rights movement was also a struggle for economic justice, one that until now has not had its own history. Sharing the Prize demonstrates the significant material gains black southerners made—in improved job opportunities, quality of education, and health care—from the 1960s to the 1970s and beyond. Because black advances did not come at the expense of southern whites, Gavin Wright argues, the civil rights struggle was that rarest of social revolutions: one that benefits both sides.

From the beginning, black activists sought economic justice in addition to full legal rights. The southern bus boycotts and lunch counter sit-ins were famous acts of civil disobedience, but they were also demands for jobs in the very services being denied blacks. In the period of enforced desegregation following the passage of the Civil Rights Act of 1964 and the Voting Rights Act of 1965, the wages of southern black workers increased dramatically. Wright’s painstaking documentation of this fact undermines beliefs that government intervention was unnecessary, that discrimination was irrational, and that segregation would gradually disappear once the market was allowed to work. Wright also explains why white southerners defended for so long a system that failed to serve their own best interests.

Sharing the Prize makes clear that the material benefits of the civil rights acts of the 1960s are as significant as the moral ones—an especially timely achievement as these monumental pieces of legislation, and the efficacy of governmental intervention more broadly, face new challenges.