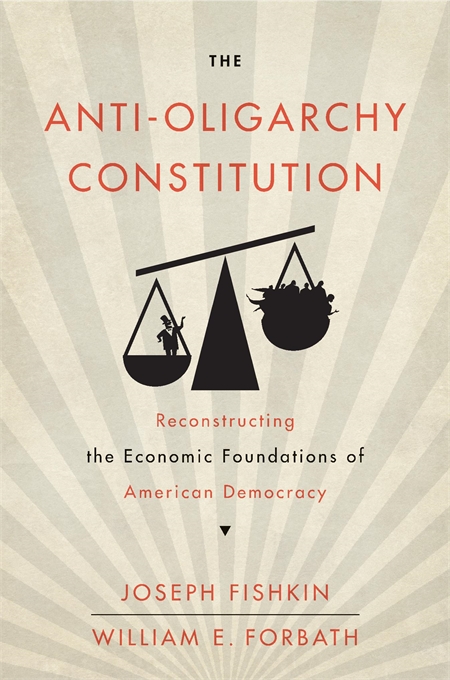 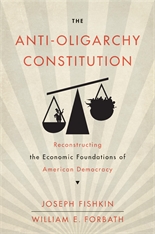 “Eminently readable, and anybody who cares about the future of American democracy in these perilous times can only hope that it will be widely read and carefully considered.”—James Pope, Washington Post

“Rousing and authoritative…attempt[s] to recover the Constitution’s pivotal role in shaping claims of justice and equality… Throughout this epic reconsideration of the foundational terms of our constitutional politics, Fishkin and Forbath range wide and deep across our legal, economic, and political history to deliver just this substantive view—and do so in engaging, imaginative prose that makes even the present court’s capture by the ideological right a compelling platform for a revived social-democratic constitutional politics.”—New Republic

“Brilliant… Challenge[s] the prestige and legitimacy that today’s liberals still largely ascribe to the Court as an institution… A sweeping and often gripping history of constitutional and political argument and engagement.”—Caroline Fredrickson, Washington Monthly

“Thoroughly and brilliantly provides the forgotten history of the positive Constitution that formed the backbone of the post–Civil War Amendments. In a magisterial study that is a must read for all students of American constitutional development…Fishkin and Forbath meticulously document how Americans, progressive Americans in particular, for almost two centuries, insisted that the Constitution of the United States mandated a political economy that generated a strong middle class with the resources necessary to prevent political domination by a small group of economic elites.”—Mark A. Graber, Democracy

“Masterfully shows how generations of progressives made policy arguments, including economic policy arguments, from within the American constitutional tradition… Fishkin and Forbath demonstrate how constitutional arguments grounded in the democracy-of-opportunity tradition were central to the politics of the American left from the Founding until the New Deal, only to fall away starting in the mid-twentieth century… Holds many lessons for students of American legal and political history.”—Jonathan S. Gould, Harvard Law Review

“Over 150 years after the abolition of slavery, as the nation deals with the repercussions of a second Gilded Age and wrestles with similar questions of wealth, redistribution, equality, and democracy (all in the face of a conservative supermajority on the high court), Fishkin and Forbath’s accessible work serves as both history lesson and political playbook, offering the Left an underutilized—and perhaps counterintuitive—tool in the present-day fight against social and economic injustice: the Constitution.”—Benjamin Morse, Jacobin

“Fishkin and Forbath suggest a broad slate of reforms—encompassing labor law, antitrust, and many others—which are similar in substance to many of the ideas percolating in the progressive circles of the Democratic Party. But Fishkin and Forbath’s innovation here is to argue that these policies should be justified in constitutional terms.”—Jay Swanson, The Nation

“[An] impressive historical exploration of US constitutional political economy. What Fishkin and Forbath contribute to contemporary progressive thought is a demand that we speak about the economy in political language, not as a technical or apolitical sphere separate from the rest of society.”—Matthew Dimick, Catalyst Review

“The Anti-Oligarchy Constitution is a remarkable achievement, a major project that accomplishes its authors’ purposes to recover an alternative to liberal and conservative visions of the U.S. constitution, to uncover an egalitarian constitutional political economy, and (hopefully) to inject a constitutional dimension into progressive politics.”—Marx and Philosophy Review of Books

“Monumental… The book’s ambitions are vast; its theoretical sophistication and attention to historical detail never fails to impress; and at 632 pages, its pace never flags. Fishkin and Forbath seek to reorient the left towards the Constitution by framing the Constitution an instrument of political economy… Readers across the political spectrum will benefit from engagement with The Anti-Oligarchy Constitution and the tradition that it recovers and enriches.”—Evan Bernick, New Rambler

“Aim[s] to revive and refresh egalitarian traditions and movements in America for use in current American politics.”—Robert Gordon, Stanford Lawyer

“An important and stirring achievement. In this gold mine of historical discovery and legal insight, Fishkin and Forbath recover and renew the lost Constitution of strong democratic opportunity for all. The authors not only restore a political understanding of economic relationships in American society but return Constitutional values and ideals to their appropriately central place in American politics.”—U.S. Congressman Jamie Raskin (D-MD)

“From the earliest years of our nation, Americans have understood that too great a concentration of economic power is fatal to democracy. In this important and timely book, Joseph Fishkin and William Forbath tell the story of the democracy-of-opportunity tradition from the Founding to the present. And they show why its revival is crucial to halt democracy’s decay in our Second Gilded Age. The Anti-Oligarchy Constitution restores political economy to its rightful place in American constitutional theory.”—Jack M. Balkin, Yale Law School

“Fishkin and Forbath have made a fundamental contribution to constitutional understanding. They have put America’s current crisis into historical perspective in a way that brilliantly illuminates our current predicament. They have also provided a framework for reconstructing our constitutional tradition to meet the challenges of the twenty-first century. Their book deserves serious consideration by thoughtful Americans engaged in the larger effort to reinvigorate the democratic foundations of our Republic.”—Bruce Ackerman, Yale University

“After decades during which conservatives have dominated deliberation about the Constitution, The Anti-Oligarchy Constitution is the book we need. It reminds progressives that constitutional claims were not, in our history, ‘conversation-stoppers,’ but rather the stuff of politics itself. Conservatives talk constantly about what the Constitution requires, and Fishkin and Forbath are right that we need ‘a comparably robust progressive account of what kind of community the Constitution promises to secure for all.’ Their proposal—an emphasis on ‘constitutional restraints against oligarchy,’ a ‘political economy that sustains a robust middle class,’ and ‘a constitutional principle of inclusion’—will move progressives from defense to an unflinching campaign on behalf of a more just and more democratic society. May this exciting book receive the wide attention it deserves and shake up our dangerously ossified constitutional argument.”—E. J. Dionne, Jr., author of Code Red and Our Divided Political Heart

“This book is a monumental accomplishment. Its brilliant retelling of American history traces three strands of thought about ‘constitutional political economy’—anti-oligarchy, the indispensability of a broad and open middle class, and racial inclusion—as they appear, converge, diverge, and sometimes go to war with each other from the Founding forward. Along the way, Fishkin and Forbath illuminate the very different way earlier generations thought about the Constitution—as something like the socioeconomic and institutional foundations of a self-governing republic, and thus as a source of legislative obligations as well as constraints on legislative power. The book is richly instructive for the present moment, and beckons us to live up to the worthiest aspirations of multiple generations of ‘founders’ by weaving together the three strands of the anti-oligarchy tradition.”—Cynthia Estlund, New York University School of Law

“Want to fight oligarchy in America? In this fascinating and brilliant reconstruction of American constitutional thought, Fishkin and Forbath show how economic freedom and constitutional freedom used to be intertwined in public thought, and how they got separated—with devastating results. Part mystery story (how did we get here?), and part call to arms, their book is a must-read for all people ready for a new democracy of meaningful opportunity.”—Zephyr Teachout, Fordham Law School