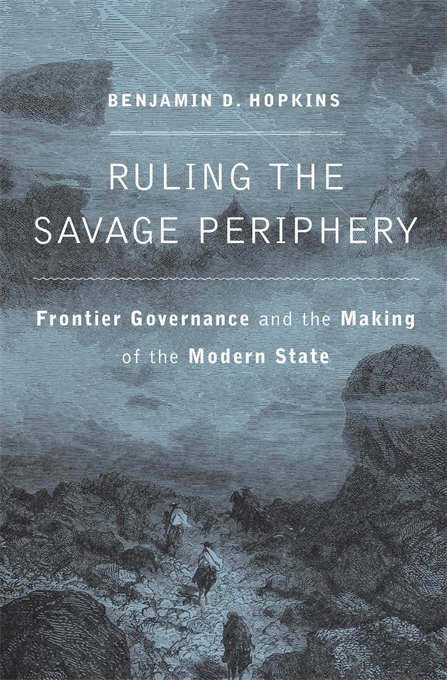 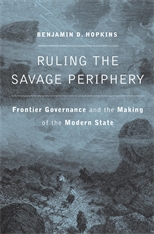 Frontier Governance and the Making of the Modern State

A provocative case that “failed states” along the periphery of today’s international system are the intended result of nineteenth-century colonial design.

From the Afghan frontier with British India to the pampas of Argentina to the deserts of Arizona, nineteenth-century empires drew borders with an eye toward placing indigenous people just on the edge of the interior. They were too nomadic and communal to incorporate in the state, yet their labor was too valuable to displace entirely. Benjamin Hopkins argues that empires sought to keep the “savage” just close enough to take advantage of, with lasting ramifications for the global nation-state order.

Hopkins theorizes and explores frontier governmentality, a distinctive kind of administrative rule that spread from empire to empire. Colonial powers did not just create ad hoc methods or alight independently on similar techniques of domination: they learned from each other. Although the indigenous peoples inhabiting newly conquered and demarcated spaces were subjugated in a variety of ways, Ruling the Savage Periphery isolates continuities across regimes and locates the patterns of transmission that made frontier governmentality a world-spanning phenomenon.

Today, the supposedly failed states along the margins of the international system—states riven by terrorism and violence—are not dysfunctional anomalies. Rather, they work as imperial statecraft intended, harboring the outsiders whom stable states simultaneously encapsulate and exploit. “Civilization” continues to deny responsibility for border dwellers while keeping them close enough to work, buy goods across state lines, and justify national-security agendas. The present global order is thus the tragic legacy of a colonial design, sustaining frontier governmentality and its objectives for a new age.