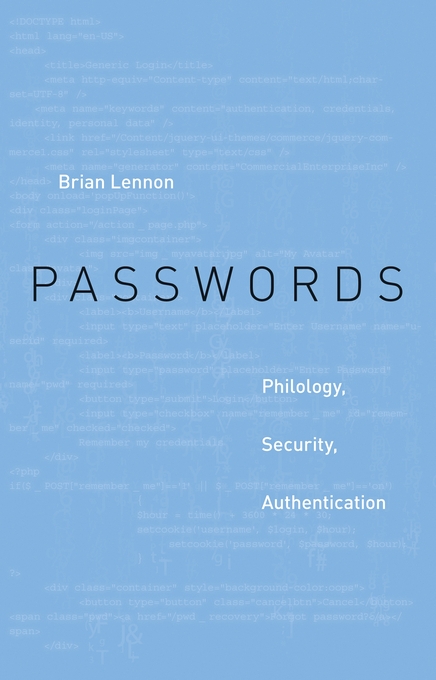 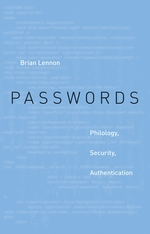 Cryptology, the mathematical and technical science of ciphers and codes, and philology, the humanistic study of natural or human languages, are typically understood as separate domains of activity. But Brian Lennon contends that these two domains, both concerned with authentication of text, should be viewed as contiguous. He argues that computing’s humanistic applications are as historically important as its mathematical and technical ones. What is more, these humanistic uses, no less than cryptological ones, are marked and constrained by the priorities of security and military institutions devoted to fighting wars and decoding intelligence.

Lennon emphasizes the convergence of cryptology and philology in the modern digital password. Like philologists, hackers use computational methods to break open the secrets coded in text. One of their preferred tools is the dictionary, that preeminent product of the philologist’s scholarly labor, which supplies the raw material for computational processing of natural language. Thus does the historic overlap of cryptology and philology persist in an artifact of computing—passwords—that many of us use every day.