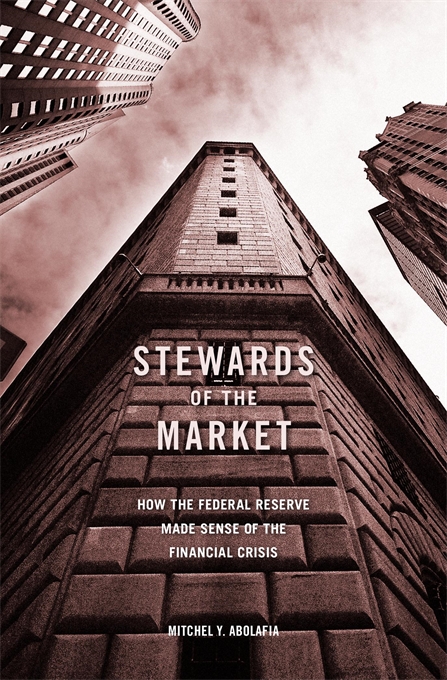 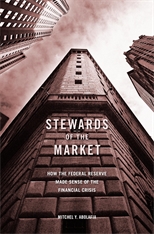 Stewards of the Market

How the Federal Reserve Made Sense of the Financial Crisis

A fast-paced, behind-closed-doors account of the Federal Reserve’s decision making during the 2008 financial crisis, showing how Fed policymakers overcame their own assumptions to contain the disaster.

The financial crisis of 2008 led to the collapse of several major banks and thrust the U.S. economy into the deepest recession since the Great Depression. The Federal Reserve was the agency most responsible for maintaining the nation’s economic stability. And the Fed’s Open Market Committee was a twelve-member body at the epicenter, making sense of the unfolding crisis and fashioning a response. This is the story of how they failed, learned, and staved off catastrophe.

Drawing on verbatim transcripts of the committee’s closed-door meetings, Mitchel Abolafia puts readers in the room with the Federal Reserve’s senior policymaking group. Abolafia uncovers what the Fed’s policymakers knew before, during, and after the collapse. He explores how their biases and intellectual commitments both helped and hindered as they made sense of the emergency. In an original contribution to the sociology of finance, Stewards of the Market examines the social and cultural factors that shaped the Fed’s response, one marked by missed cues and analytic failures but also by successful improvisations and innovations.

Ideas, traditions, and power all played their roles in the Fed’s handling of the crisis. In particular, Abolafia demonstrates that the Fed’s adherence to conflicting theories of self-correcting markets contributed to the committee’s doubts and decisions. A vivid portrait of the world’s most powerful central bank in a moment of high stakes, Stewards of the Market is rich with insights for the next financial downturn.