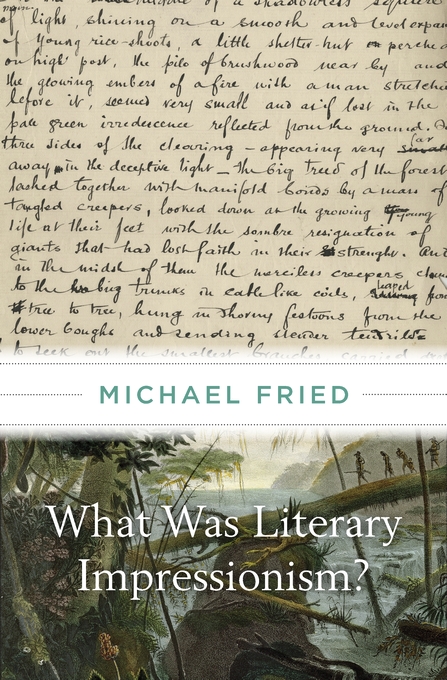 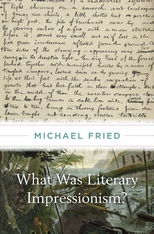 What Was Literary Impressionism?

“In this book, Michael Fried has given us the best account of the relation of literary writing to its material basis in ink, paper, print, and corporeal movement. What Was Literary Impressionism? transforms our sense of a vital literary tradition and provides revelatory new readings of key texts by writers including Frank Norris, Joseph Conrad, H. G. Wells, and many others. This is a major book by one of the most powerful and influential critical minds of our time.”—Michael Clune, Case Western Reserve University

“Michael Fried subtly traces in varied detail a recurring scene in Anglo-American fiction of the turn of the nineteenth century. The display and occlusion of this scene—the scene of writing itself—is the ‘project’ and the ‘problematic’ of literary impressionism: modern but not modernist. The modernists, we may believe, foregrounded language, and even print, but they did not worry about the physical act of writing as the impressionists did. Fried hopes his book may ‘somewhat transform the terms’ of our understanding of a specific literary moment. It will do more than that. It will, if we let it, revise and enrich that understanding to an almost unimaginable degree.”—Michael Wood, Princeton University