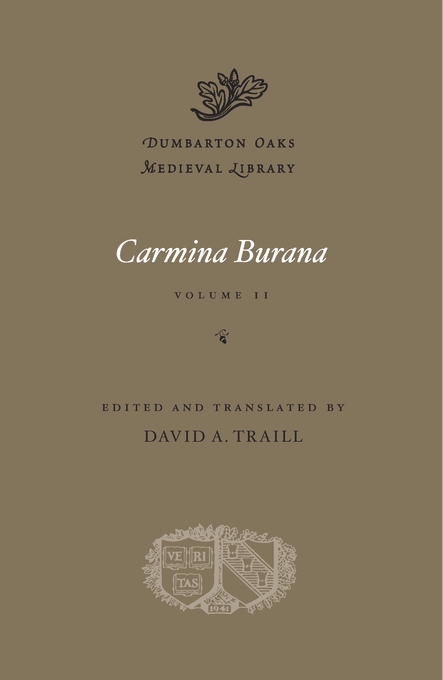 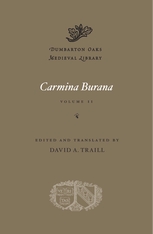 Edited and translated by David A. Traill

Carmina Burana, literally “Songs from Beuern,” is named after the village where the manuscript was found. The songbook consists of nearly 250 poems, on subjects ranging from sex and gambling to crusades and corruption. Compiled in the thirteenth century in South Tyrol, a German-speaking region of Italy, it is the largest surviving collection of secular Medieval Latin verse and provides insights into the vibrant social, spiritual, and intellectual life of the Middle Ages. The multilingual codex includes works by leading Latin poets such as the Archpoet, Walter of Châtillon, and the canonist Peter of Blois, as well as stanzas by German lyric poets. More than half these poems are preserved nowhere else.

A selection from Carmina Burana first appeared in Victorian England in 1884 under the provocative title Wine, Women and Song. The title Carmina Burana remains fixed in the popular imagination today, conjured vividly by Carl Orff’s famous cantata—no Medieval Latin lyrics are better known throughout the world. This new presentation of the medieval classic in its entirety makes the anthology accessible in two volumes to Latin lovers and English readers alike.