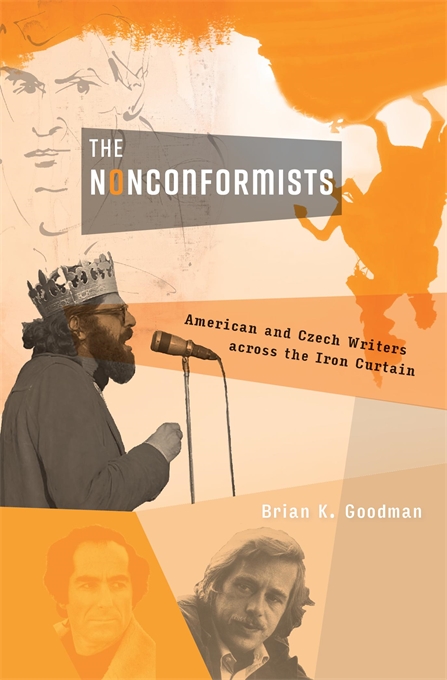 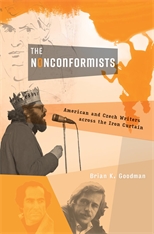 American and Czech Writers across the Iron Curtain

How risky encounters between American and Czech writers behind the Iron Curtain shaped the art and politics of the Cold War and helped define an era of dissent.

“In some indescribable way, we are each other’s continuation,” Arthur Miller wrote of the imprisoned Czech playwright Václav Havel. After a Soviet-led invasion ended the Prague Spring, many U.S.-based writers experienced a similar shock of solidarity. Brian Goodman examines the surprising and consequential connections between American and Czech literary cultures during the Cold War—connections that influenced art and politics on both sides of the Iron Curtain.

American writers had long been attracted to Prague, a city they associated with the spectral figure of Franz Kafka. Goodman reconstructs the Czech journeys of Allen Ginsberg, Philip Roth, and John Updike, as well as their friendships with nonconformists like Havel, Josef Škvorecký, Ivan Klíma, and Milan Kundera. Czechoslovakia, meanwhile, was home to a literary counterculture shaped by years of engagement with American sources, from Moby-Dick and the Beats to Dixieland jazz and rock ’n’ roll. Czechs eagerly followed cultural trends in the United States, creatively appropriating works by authors like Langston Hughes and Ernest Hemingway, sometimes at considerable risk to themselves.

The Nonconformists tells the story of a group of writers who crossed boundaries of language and politics, rearranging them in the process. The transnational circulation of literature played an important role in the formation of new subcultures and reading publics, reshaping political imaginations and transforming the city of Kafka into a global capital of dissent. From the postwar dream of a “Czechoslovak road to socialism” to the neoconservative embrace of Eastern bloc dissidence on the eve of the Velvet Revolution, history was changed by a collision of literary cultures.