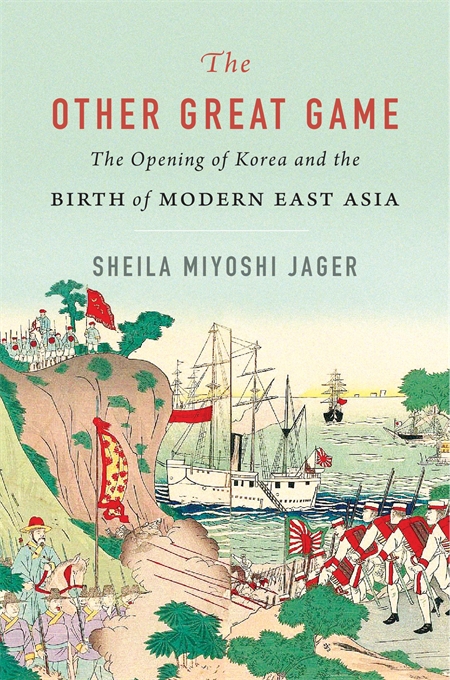 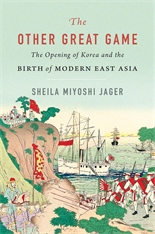 The Other Great Game

The Opening of Korea and the Birth of Modern East Asia

A dramatic new telling of the dawn of modern East Asia, placing Korea at the center of a transformed world order wrought by imperial greed and devastating wars.

In the nineteenth century, Russia participated in two “great games”: one, well known, pitted the tsar’s empire against Britain in Central Asia. The other, hitherto unrecognized but no less significant, saw Russia, China, and Japan vying for domination of the Korean Peninsula. In this eye-opening account, brought to life in lucid narrative prose, Sheila Miyoshi Jager argues that the contest over Korea, driven both by Korean domestic disputes and by great-power rivalry, set the course for the future of East Asia and the larger global order.

When Russia’s eastward expansion brought it to the Korean border, an impoverished but strategically located nation was wrested from centuries of isolation. Korea became a prize of two major imperial conflicts: the Sino–Japanese War at the close of the nineteenth century and the Russo–Japanese War at the beginning of the twentieth. Japan’s victories in the battle for Korea not only earned the Meiji regime its yearned-for colony but also dislodged Imperial China from centuries of regional supremacy. And the fate of the declining tsarist empire was sealed by its surprising military defeat, even as the United States and Britain sized up the new Japanese challenger.

A vivid story of two geopolitical earthquakes sharing Korea as their epicenter, The Other Great Game rewrites the script of twentieth-century rivalry in the Pacific and enriches our understanding of contemporary global affairs, from the origins of Korea’s bifurcated identity—a legacy of internal politics amid the imperial squabble—to China’s irredentist territorial ambitions and Russia’s nostalgic dreams of recovering great-power status.