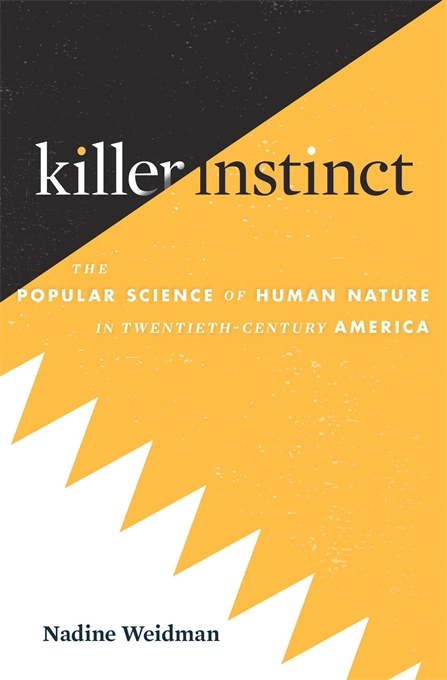 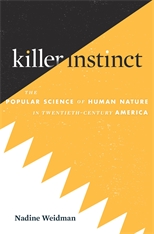 The Popular Science of Human Nature in Twentieth-Century America

A historian of science examines key public debates about the fundamental nature of humans to ask why a polarized discourse about nature versus nurture became so entrenched in the popular sciences of animal and human behavior.

Are humans innately aggressive or innately cooperative? In the 1960s, bestselling books enthralled American readers with the startling claim that humans possessed an instinct for violence inherited from primate ancestors. Critics responded that humans were inherently loving and altruistic. The resulting debate—fiercely contested and highly public—left a lasting impression on the popular science discourse surrounding what it means to be human.

Killer Instinct traces how Konrad Lorenz, Robert Ardrey, and their followers drew on the sciences of animal behavior and paleoanthropology to argue that the aggression instinct drove human evolutionary progress. Their message, spread throughout popular media, brought pointed ripostes. Led by the anthropologist Ashley Montagu, opponents presented a rival vision of human nature, equally based in biological evidence, that humans possessed inborn drives toward love and cooperation. Over the course of the debate, however, each side accused the other of holding an extremist position: that behavior was either determined entirely by genes or shaped solely by environment. Nadine Weidman shows that what started as a dispute over the innate tendencies of animals and humans transformed into an opposition between nature and nurture.

This polarized formulation proved powerful. When E. O. Wilson introduced his sociobiology in 1975, he tried to rise above the oppositional terms of the aggression debate. But the controversy over Wilson’s work—led by critics like the feminist biologist Ruth Hubbard—was ultimately absorbed back into the nature-versus-nurture formulation. Killer Instinct explores what happens and what gets lost when polemics dominate discussions of the science of human nature.