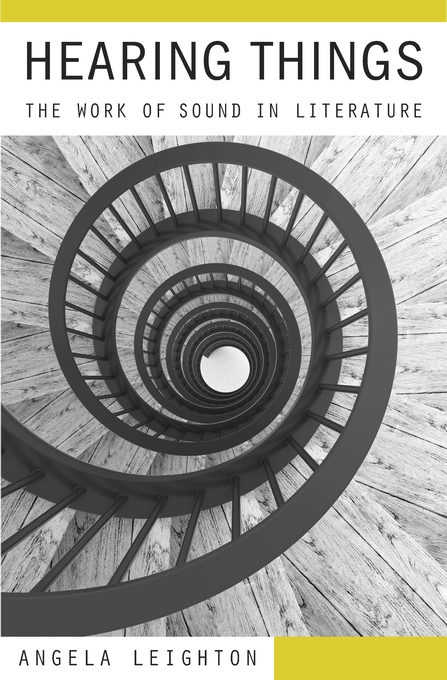 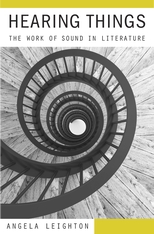 The Work of Sound in Literature

Hearing Things is a meditation on sound’s work in literature. Drawing on critical works and the commentaries of many poets and novelists who have paid close attention to the role of the ear in writing and reading, Angela Leighton offers a reconsideration of literature itself as an exercise in hearing.

An established critic and poet, Leighton explains how we listen to the printed word, while showing how writers use the expressivity of sound on the silent page. Although her focus is largely on poets—Alfred Tennyson, W. B. Yeats, Robert Frost, Walter de la Mare, Wallace Stevens, Elizabeth Bishop, Jorie Graham, and Alice Oswald—Leighton’s scope includes novels, letters, and philosophical writings as well. Her argument is grounded in the specificity of the text under discussion, but one important message emerges from the whole: literature by its very nature commands listening, and listening is a form of understanding that has often been overlooked. Hearing Things offers a renewed call for the kind of criticism that, avoiding the programmatic or purely ideological, remains alert to the work of sound in every literary text.