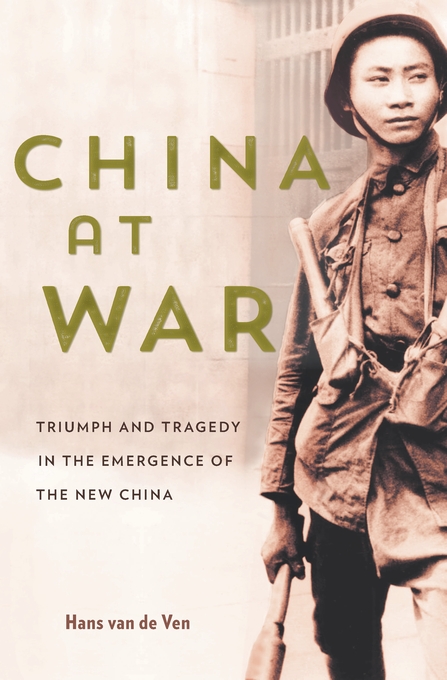 Triumph and Tragedy in the Emergence of the New China

China’s mid-twentieth-century wars pose extraordinary interpretive challenges. The issue is not just that the Chinese fought for such a long time—from the Marco Polo Bridge Incident of July 1937 until the close of the Korean War in 1953—across such vast territory. As Hans van de Ven explains, the greatest puzzles lie in understanding China’s simultaneous external and internal wars. Much is at stake, politically, in how this story is told.

Today in its official history and public commemorations, the People’s Republic asserts Chinese unity against Japan during World War II. But this overwrites the era’s stark divisions between Communists and Nationalists, increasingly erasing the civil war from memory. Van de Ven argues that the war with Japan, the civil war, and its aftermath were in fact of a piece—a singular process of conflict and political change. Reintegrating the Communist uprising with the Sino–Japanese War, he shows how the Communists took advantage of wartime to increase their appeal, how fissures between the Nationalists and Communists affected anti-Japanese resistance, and how the fractious coalition fostered conditions for revolution.

In the process, the Chinese invented an influential paradigm of war, wherein the Clausewitzian model of total war between well-defined interstate enemies gave way to murky campaigns of national liberation involving diverse domestic and outside belligerents. This history disappears when the realities of China’s mid-century conflicts are stripped from public view. China at War recovers them.