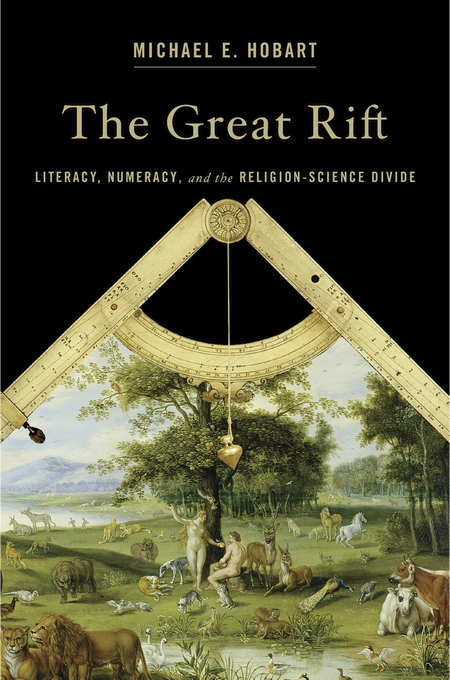 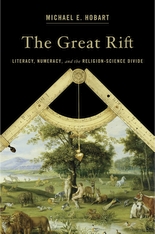 Literacy, Numeracy, and the Religion-Science Divide

In their search for truth, contemporary religious believers and modern scientific investigators hold many values in common. But in their approaches, they express two fundamentally different conceptions of how to understand and represent the world. Michael E. Hobart looks for the origin of this difference in the work of Renaissance thinkers who invented a revolutionary mathematical system—relational numeracy. By creating meaning through numbers and abstract symbols rather than words, relational numeracy allowed inquisitive minds to vault beyond the constraints of language and explore the natural world with a fresh interpretive vision.

The Great Rift is the first book to examine the religion-science divide through the history of information technology. Hobart follows numeracy as it emerged from the practical counting systems of merchants, the abstract notations of musicians, the linear perspective of artists, and the calendars and clocks of astronomers. As the technology of the alphabet and of mere counting gave way to abstract symbols, the earlier “thing-mathematics” metamorphosed into the relational mathematics of modern scientific investigation. Using these new information symbols, Galileo and his contemporaries mathematized motion and matter, separating the demonstrations of science from the linguistic logic of religious narration.

Hobart locates the great rift between science and religion not in ideological disagreement but in advances in mathematics and symbolic representation that opened new windows onto nature. In so doing, he connects the cognitive breakthroughs of the past with intellectual debates ongoing in the twenty-first century.