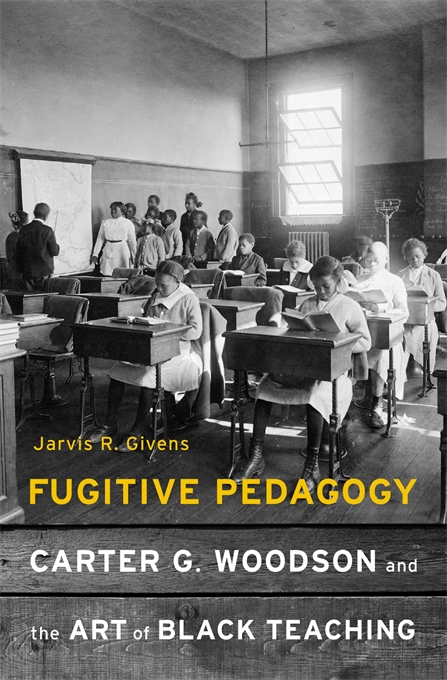 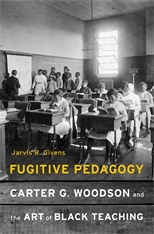 “As departments…scramble to decolonize their curriculum, Givens illuminates a longstanding counter-canon in predominantly black schools and colleges.”—Boston Review

“Informative and inspiring…An homage to the achievement of an often-forgotten racial pioneer.”—Glenn C. Altschuler, Florida Courier

“Fascinating, and groundbreaking. Givens restores Carter G. Woodson, one of the most important educators and intellectuals of the twentieth century, to his rightful place alongside figures like W. E. B. Du Bois and Ida B. Wells.”—Imani Perry, author of May We Forever Stand: A History of the Black National Anthem

Black education was a subversive act from its inception. African Americans pursued education through clandestine means, often in defiance of law and custom, even under threat of violence. They developed what Jarvis Givens calls a tradition of “fugitive pedagogy”—a theory and practice of Black education in America. The enslaved learned to read in spite of widespread prohibitions; newly emancipated people braved the dangers of integrating all-White schools and the hardships of building Black schools. Teachers developed covert instructional strategies, creative responses to the persistence of White opposition. From slavery through the Jim Crow era, Black people passed down this educational heritage.

There is perhaps no better exemplar of this heritage than Carter G. Woodson—groundbreaking historian, founder of Black History Month, and legendary educator under Jim Crow. Givens shows that Woodson succeeded because of the world of Black teachers to which he belonged: Woodson’s first teachers were his formerly enslaved uncles; he himself taught for nearly thirty years; and he spent his life partnering with educators to transform the lives of Black students. Fugitive Pedagogy chronicles Woodson’s efforts to fight against the “mis-education of the Negro” by helping teachers and students to see themselves and their mission as set apart from an anti-Black world. Teachers, students, families, and communities worked together, using Woodson’s materials and methods as they fought for power in schools and continued the work of fugitive pedagogy. Forged in slavery, embodied by Woodson, this tradition of escape remains essential for teachers and students today.