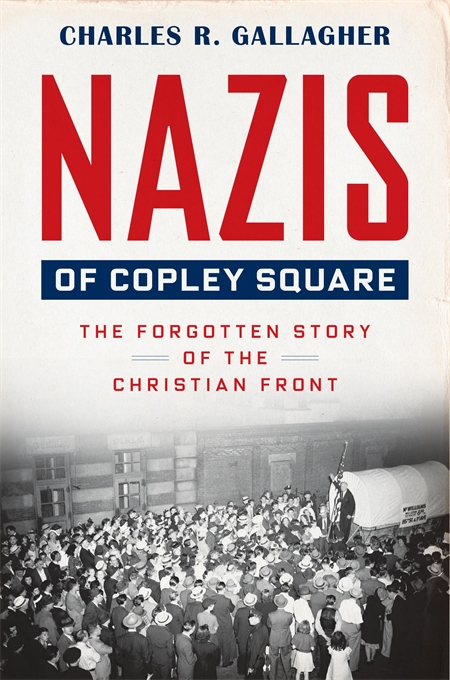 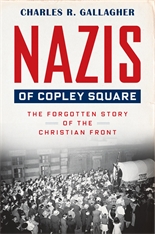 The Forgotten Story of the Christian Front

On WBUR (Boston, MA)’s Radio Boston, listen to Charles Gallagher recount how anti-Semitism spread in Boston in the 1930s and ’40s via seminary dropout Francis Moran and the Christian Front:

“A great, but deeply unsettling, revelation…This book is more than an account of Boston in wartime. It is a warning.”—Boston Globe

“The rare book by a scholar that is such a page-turner it is hard to put down…A potent brew of spy story, detective story, and frank, fearless account of how a significant wing of the Roman Catholic Church in the United States spawned a movement aimed at defending Hitler and sabotaging America’s war effort.”—David I. Kertzer, author of The Pope and Mussolini

“[A] well told, expertly researched, and much-needed history of the Christian Front, an organization that presages today’s far-right activity…Riveting.”—Commonweal

The forgotten history of American terrorists who, in the name of God, conspired to overthrow the government and formed an alliance with Hitler.

On January 13, 1940, FBI agents burst into the homes and offices of seventeen members of the Christian Front, seizing guns, ammunition, and homemade bombs. J. Edgar Hoover’s charges were incendiary: the group, he alleged, was planning to incite a revolution and install a “temporary dictatorship” in order to stamp out Jewish and Communist influence in the United States. Interviewed in his jail cell, the front’s ringleader was unbowed: “All I can say is—long live Christ the King! Down with Communism!”

In Nazis of Copley Square, Charles Gallagher provides a crucial missing chapter in the history of the American far right. The men of the Christian Front imagined themselves as crusaders fighting for the spiritual purification of the nation, under assault from godless Communism, and they were hardly alone in their beliefs. The front traced its origins to vibrant global Catholic theological movements of the early twentieth century, such as the Mystical Body of Christ and Catholic Action. The front’s anti-Semitism was inspired by Sunday sermons and by lay leaders openly espousing fascist and Nazi beliefs.

Gallagher chronicles the evolution of the front, the transatlantic cloak-and-dagger intelligence operations that subverted it, and the mainstream political and religious leaders who shielded the front’s activities from scrutiny. Nazis of Copley Square is a grim tale of faith perverted to violent ends, and a warning for those who hope to curb the spread of far-right ideologies today.