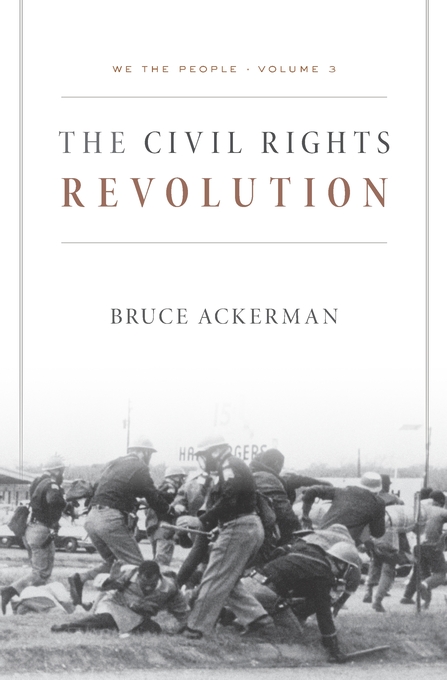 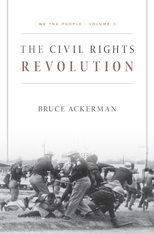 We the People, Volume 3: The Civil Rights Revolution

The Civil Rights Revolution carries Bruce Ackerman’s sweeping reinterpretation of constitutional history into the era beginning with Brown v. Board of Education. From Rosa Parks’s courageous defiance, to Martin Luther King’s resounding cadences in “I Have a Dream,” to Lyndon Johnson’s leadership of Congress, to the Supreme Court’s decisions redefining the meaning of equality, the movement to end racial discrimination decisively changed our understanding of the Constitution.

Ackerman anchors his discussion in the landmark statutes of the 1960s: the Civil Rights Act of 1964, the Voting Rights Act of 1965, and the Fair Housing Act of 1968. Challenging conventional legal analysis and arguing instead that constitutional politics won the day, he describes the complex interactions among branches of government—and also between government and the ordinary people who participated in the struggle. He showcases leaders such as Everett Dirksen, Hubert Humphrey, and Richard Nixon who insisted on real change, not just formal equality, for blacks and other minorities.

The Civil Rights Revolution transformed the Constitution, but not through judicial activism or Article V amendments. The breakthrough was the passage of laws that ended the institutionalized humiliations of Jim Crow and ensured equal rights at work, in schools, and in the voting booth. This legislation gained congressional approval only because of the mobilized support of the American people—and their principles deserve a central place in the nation’s history. Ackerman’s arguments are especially important at a time when the Roberts Court is actively undermining major achievements of America’s Second Reconstruction.