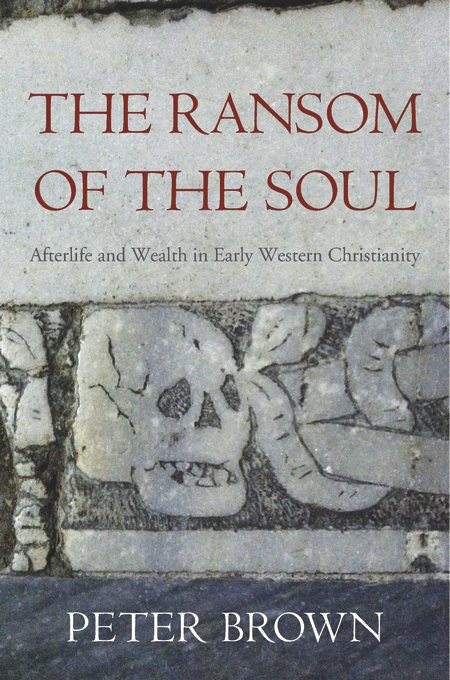 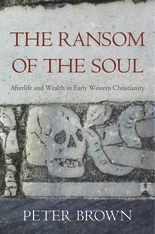 The Ransom of the Soul

“In this visionary short study, Peter Brown links two themes which are rarely brought together: Christian views of the afterlife between the second and seventh centuries,and the way in which relations between God and the faithful, living and dead, were mediated by wealth… Beginning with the teaching of Jesus that one should give away what one has, Brown traces a trajectory of almsgiving over six centuries… Brown has rarely published a book without creating a new field of study and endowing it with new research questions, and here he does it again. This beautifully written volume which is eminently accessible to non-specialists holds special interest for Catholics. As it leads reader from the ancient into the early medieval world, it speaks especially to the evolution of Catholic tradition and doctrine… This is an absorbing, thought-provoking book, which prompts reflection on the modern as well as the ancient world, and on the secular as well as the religious sphere.”—Teresa Morgan, The Tablet

“[An] extraordinary new book… The new work, which is one of [Brown’s] shortest, is also prodigiously original—an astonishing performance for a historian who has already been so prolific and influential… [It’s] a completely fresh look at the issue of Christian wealth and giving, with special attention to changing perspectives from the mid-third century to the late seventh… [An] extraordinarily vivid panorama of money in the early church… Peter Brown’s subtle and incisive tracking of the role of money in Christian attitudes toward the afterlife not only breaks down traditional geographical and chronological boundaries across more than four centuries. It provides wholly new perspectives on Christianity itself, its evolution, and, above all, its discontinuities. It demonstrates why the Middle Ages, when they finally arrived, were so very different from late antiquity.”—G. W. Bowersock, The New York Review of Books

“The most erudite and elegant historian of Christian life in late antiquity… Peter Brown subtly explores the hopes and fears of those who lived through the revolution that was the spread of Christianity and the transformation of the ancient world into Christian Europe. Where many have seen almsgiving and charity as crass and mechanical exchanges, he sees in these charitable activities women and men imagining anew in perilous times the certainty of death and the uncertainty of its aftermath.”—Miri Rubin, Literary Review

“Brilliantly captures…the hard-fought debate about alternatives to renunciation… It is Peter Brown’s great achievement to have demonstrated so clearly that what might be taken for granted as ‘part of the common sense of Latin Christianity’ is tightly bound up with the history of the western Roman Empire and its dissolution in the fourth to sixth centuries.”—Christopher Kelly, London Review of Books

“[A] revelatory book… The Ransom of the Soul shows [Brown] to be as sparkling as ever; and it takes us, as his books always do, on a tour of depths that he is uniquely qualified to explore. The outward turn of events, be it the fall of empires or the founding of kingdoms, snarls and swirls on the surface like Neapolitan traffic; but deep underground, lit by flickering torches, there are frescoes, and ancient graves, and rows of skulls to be found. How fortunate we are to have Brown as our guide to them.”—Tom Holland, New Statesman

“Brown is one of those writers you could read at any length and still want more… Indispensable and quite cheeringly effervescent…rich in scholarly goodies [and] revelatory.”—Steve Donoghue, Open Letters Monthly

“Peter Brown’s explorations of the mindsets of late antiquity have been educating us for nearly half a century… His latest book, relatively short in volume but very wide in scope, explores Christian attitudes to the afterlife, from the time of Cyprian of Carthage (martyred in 258) to that of Julian, Bishop of Toledo in the late seventh century… Brown shows brilliantly in this book how the future life of Christians beyond the grave was influenced in particular by money.”—A. N. Wilson, The Spectator

“If historians resemble their subjects, Peter Brown is the first consul of late antiquity. Urbane and judicious, Brown has toured the tottering administrations of the provinces, taken the temperature of the Christian sects, and assessed the depredations of the barbarians. On his travels, Brown noticed that Latin Christians developed more elaborate theories on the afterlife than pagans, Jews, Muslims, or even Greek Christians. In The Ransom of the Soul, he explains why this happened, and how early Christian debates on the pneuma fostered the institutions of medieval Christendom. It is a brilliant and readable study in the kind of history that Nietzsche called the ‘pneumatic interpretation.’”—Dominic Green, Standpoint

“The most subversive notion in Liberation Theology is the conviction that we should look at the social and economic context in which doctrines have been developed. The Ransom of the Soul by the doyen of historians of early Christianity, Peter Brown, does exactly that about Christian understanding(s) of the afterlife. Like all Brown’s writings, it is both scholarly and accessible.”—Michael Walsh, The Tablet

“Peter Brown’s prose is dazzling and his argument novel. The tabulation of penances, the exposure of sins in confession and the corresponding requirement to repay debts thus built up became hallmarks of western medieval Christianity. There was no escape: the roots of the system stretched back as far as the early days of Christianity and, except for martyrs and saints, sin was everyone’s lot. In this ‘arms race’ the richer you were, the more you were expected to pay.”—Averil Cameron, History Today

“This book is essential reading for anyone with a serious interest in late antiquity and early medieval Christianity.”—A. W. Klink, Choice

“In this brilliant, brief, and densely elegant study in the history of ideas, Brown, a renowned scholar of early Christian history, vividly illustrates the complex evolution of ideas about wealth and its role in the afterlife from the Christianity of the second century to the seventh century C.E.… Brown lucidly reveals the details and personalities of these centuries as he continually articulates the dynamic character of early Christianity.”—Publishers Weekly

“The Ransom of the Soul is a splendid book connecting secular power, religious authority, and the fate of the soul through the later Roman Empire and into Early Medieval Europe. Peter Brown vivifies the imperative on the wealthy to pave their way to heaven by alms-giving and monetary support of the church. His study includes fascinating and sympathetic portraits of the principal figures and of the miracles and dreams that the bishops of the time incorporated in their sermons, to validate their dire accounts of the soul’s afterlife. Religious history, philosophy, politics, and society are skillfully integrated here. This is a book for every kind of reader, while specialist historians will turn to it for its novel findings and impeccable research.”—A. A. Long, University of California, Berkeley

“How did Christians come to believe that money spent by the living could benefit the souls of the dead? With characteristic verve and elegance, with unsurpassed scholarship, and with the deep moral sympathy that his readers have always admired, Peter Brown tracks the elusive answer to this question through four centuries, from 250 to 650 CE, and through all of Europe, from Spain to Babylon and from North Africa to Ireland—and in doing so helps us understand our own deepest needs and anxieties.”—Glenn W. Most, Scuola Normale Superiore