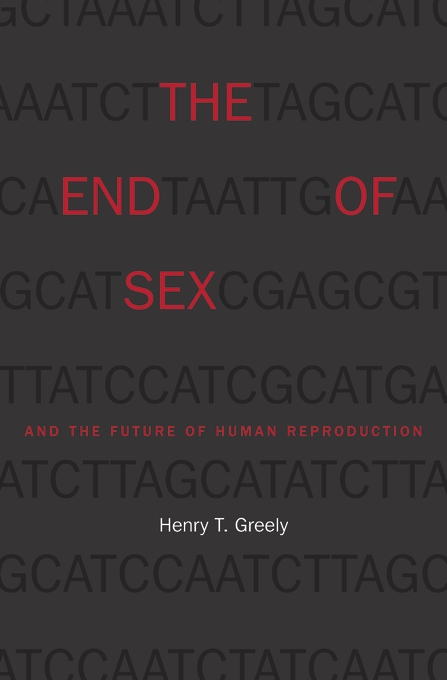 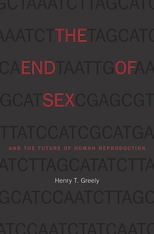 The End of Sex and the Future of Human Reproduction

“You’ve probably read about concerns over ‘designer babies,’ whose DNA is shaped by gene editing. Greely is focused on a different technology that has gotten much less attention: In a startling bit of biological alchemy, scientists have shown that in mice, they can turn ordinary cells into sperm and eggs. It’s too soon to know if it could be done in people. But if it can, it could become a powerful infertility treatment, permitting genetic parenthood for people who can’t make their own sperm or eggs.”—The Washington Post

“An extraordinarily sophisticated analysis of the practical, political, legal, and ethical implications of the new world of human reproduction… A model of highly informed, rigorous, thought-provoking speculation about an immensely important topic.”—Glenn C. Altschuler, Psychology Today

“Eye-opening about the prospects created by biomedical technology… Greely’s book offers a balanced, informed and calm analysis of the legal, ethical and social frameworks within which we must resolve these dilemmas.”—Philip Ball, New Statesman

“This book could not be more timely. Greely imagines the future of human reproduction with the insight, wit, and panache readers of his work have come to expect.”—Glenn Cohen, Harvard Law School, author of Patients with Passports

“Will the future confront us with human GMOs? Greely provocatively declares yes, and, while clearly explaining the science, spells out the ethical, political, and practical ramifications.”—Paul Berg, Nobel Laureate and recipient of the National Medal of Science

“Greely’s background in law and bioethics [brings] a fresh perspective. The book is a timely assessment of the way things are, and the direction they are heading: it is also a rallying call for debate about regulation, and about the sort of society we want to live in.”—New Scientist

“Readers looking for a more in-depth analysis of human genome modifications and reproductive technologies and their legal and ethical implications should strongly consider picking up Greely’s The End of Sex and the Future of Human Reproduction… Greely’s breezy first-person narrative belies the extraordinary depth and impressive quality of information provided, both scientific and legal… [It has] the potential to empower readers to make informed decisions about the implementation of advancements in genetics technologies.”—Science

“Employs lucid prose to explain the science behind reproduction, genetics, and stem cells, and explores the scientific, legal, and political pathway toward easy [genetic diagnosis].”—The Scientist

“An exceptional book. Anyone interested in the technology of human reproduction and what it holds for humanity’s future will thoroughly enjoy the read.”—Judith Daar, Whittier Law School

“We owe it to ourselves, to the society we live in, to our children and our children’s children to think long and hard about the arguments Greely presents before we make choices about the future of human reproduction. One of the most exciting and thought-provoking books I have read in a long time.”—Jennifer Merchant, Université de Paris II

“The End of Sex will open your mind to a future you might not have anticipated.”—Dan Samorodnitsky, Massive