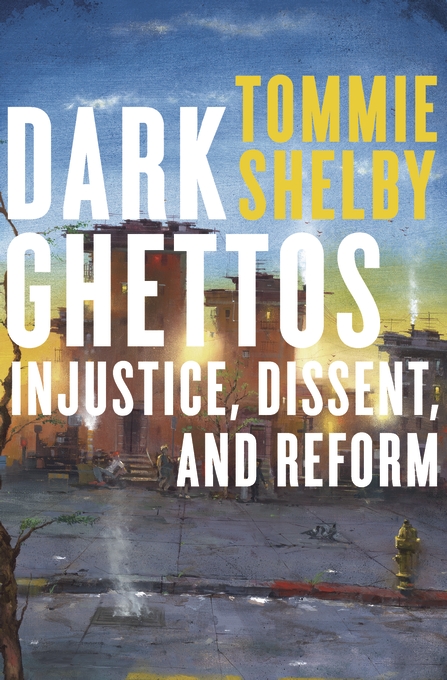 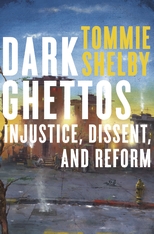 “Provocative… [Shelby] doesn’t lay out a jobs program or a housing initiative. Indeed, as he freely admits, he offers ‘no new political strategies or policy proposals.’ What he aims to do instead is both more abstract and more radical: to challenge the assumption, common to liberals and conservatives alike, that ghettos are ‘problems’ best addressed with narrowly targeted government programs or civic interventions. For Shelby, ghettos are something more troubling and less tractable: symptoms of the ‘systemic injustice’ of the United States. They represent not aberrant dysfunction but the natural workings of a deeply unfair scheme. The only real solution, in this way of thinking, is the ‘fundamental reform of the basic structure of our society.’”—James Ryerson, New York Times Book Review

“Shelby…uses a Rawlsian framework to challenge the dominant understanding of the ‘ghetto’ and its residents… His book tackles some of the thorniest issues in urban social policy—residential integration, the so-called ‘culture of poverty,’ reproduction, family, joblessness, crime and punishment, and cultural expressions of dissent—from a principled egalitarian position. He is consistently informed by a determination to show respect for inner-city residents and their actual and potential agency as equal citizens. The result is instructive and pathbreaking… Policymakers and politicians should take his moral message of abolitionism to heart. To fail to do so is to acquiesce to the persistence of deep injustice—economic and racial—for yet another generation.”—Thad Williamson, Boston Review

“This bold and incisive book reframes the racial justice debate roiling the United States today… The gestalt shift Shelby’s systemic-injustice perspective invites and supports constitutes a frontal assault on ‘personal responsibility’ and ‘politics of respectability’ approaches to the plight of poor blacks, according to which problems that disproportionately afflict blacks (such as crime and racialized mass incarceration) must be attributed to their bad choices, lack of personal responsibility, and moral deficiencies rather than to social oppression… Dark Ghettos drives a stake through the heart of this diehard but wrongheaded perspective on black criminals.”—Jody D. Armour, Los Angeles Review of Books

“If you have ever bristled at discussions of marriage promotion strategies, the cultural roots of urban poverty, or the pointlessness of so-called political rap, only to decide that the real disagreement was buried too far under too many myths about Black humanity or assumptions about fairness and justice to unravel in one lifetime, then this book is for you. For anyone who hopes to engage productively with the assumptions and claims circulating among our most influential policymakers and ‘thought leaders,’ this book represents philosophy at its most helpful and edifying.”—Paul C. Taylor, Black Perspectives

“Dark Ghettos is the first philosophical treatise on the ghetto… Shelby’s voice is clear, original, and insightful.”—Erin I. Kelly, Criminal Law and Philosophy

“The publication of this book is a significant event in contemporary political philosophy. In addition to its exceptional merit in itself, it can be seen as part of an increasing, and very welcome, movement to broaden the range of topics and concerns that can legitimately be regarded as within the scope of the discipline… The book presents a coherent and radical position, explaining why the denizens of dark ghettos are, in present circumstances, justified in their rejection of many mainstream norms. It will immediately be a required text for the philosophical study of racial injustice.”—Jonathan Wolff, Ethics

“With an insistent beat, Dark Ghettos will not let us forget that racial discrimination has not been eradicated and inequality is now greater and more entrenched. Shelby has issued a timely reminder that the status quo in the United States is unacceptable.”—Glenn Altschuler, Florida Courier

“[This] is an original, powerful, passionately argued, and philosophically stimulating contribution to discussions of the black ghetto and how it can best be abolished… Throughout its pages Shelby matches his great respect and esteem for the black poor with the philosophical intensity and sophistication with which he defends and spells out the demands of their humanity. The black poor have not had so devoted and able a champion since W. E. B. Du Bois.”—Bernard R. Boxill, The Journal of Philosophy

“It is rare to find a book in political philosophy whose arguments successfully utilize both ideal and non-ideal theory. Rarer still does one find a book in political philosophy that takes seriously the proposition that the oppressed are not merely passive victims to injustice, but rather rational and moral agents, capable of making meaningful and informed choices concerning those things they have reason to value. Dark Ghettos does both.”—Michael S. Merry, Theory and Research in Education

“This measured yet powerful philosophical and moral analysis of African American ghetto life and the injustices suffered by its denizens deserves to be widely read… While Shelby advocates abolishing the ghetto, he does not mean abolishing black neighborhoods. Rather, he urges a fundamental reform of the basic structure of society. This has implications for policing and the creation of employment opportunities, and much more.”—H. Oberdiek, Choice

“A major, groundbreaking contribution to both philosophical and public policy discourse about the ghetto poor. Shelby radically challenges an approach to thinking about black poverty that is deeply embedded in American intellectual and political life. And through his idea of a political ethics of the oppressed, he has more or less invented a new area of philosophical inquiry.”—Robert Gooding-Williams, author of In the Shadow of Du Bois

“In a field with dizzying amounts of data, sensationalistic reporting, controversial policymaking, and strident protest, Dark Ghettos boldly offers deep and ethical thought that illuminates a just path toward eradicating race-, class-, and place-based inequalities.”—Mary Pattillo, author of Black on the Block

“Tommie Shelby’s Dark Ghettos is, in a word, brilliant! His thoughtful philosophical discourse on issues of race and urban poverty will engage and inform not only his fellow philosophers, but social scientists and educated lay readers as well. As a work of normative political philosophy on black ghettos, this book sets a standard that will be hard to equal.”—William Julius Wilson, author of The Truly Disadvantaged