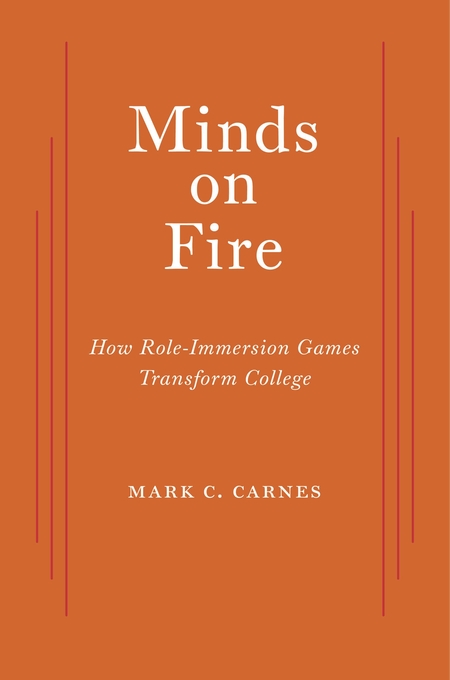 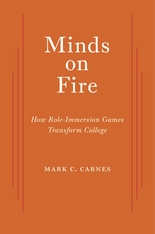 Why are so many students intellectually disengaged? Faculty, administrators, and tuition-paying parents have been asking this question for nearly two centuries. And the answer is always more or less the same: students are so deeply absorbed in competitive social play (fraternities, sports, beer pong, World of Warcraft, social media) that they neglect academics.

In Minds on Fire, Mark Carnes shows how role-immersion games channel students’ competitive (and sometimes mischievous) impulses into transformative learning experiences. His discussion is based on interviews with scores of students and faculty who have used a pedagogy called Reacting to the Past, which features month-long games set during the French Revolution, Galileo’s trial, the partition of India, and dozens of other epochal moments in disciplines ranging from art history to the sciences. These games have spread to over three hundred campuses around the world, where many of their benefits defy expectations. Students think more critically by internalizing alternative selves, and they understand the past better by filtering it through their present. Fierce competition between opposing sides leads to strong community bonds among teammates and develops speaking, writing, leadership, and problem-solving skills.

Minds on Fire is a provocative critique of educational reformers who deplored role-playing pedagogies, from Plato to Dewey to Erikson. Carnes also makes an impassioned appeal for pedagogical innovation. At a time when cost-cutting legislators and trustees are increasingly drawn to online learning, Carnes focuses on how bricks-and-mortar institutions of higher education can set young minds on fire.