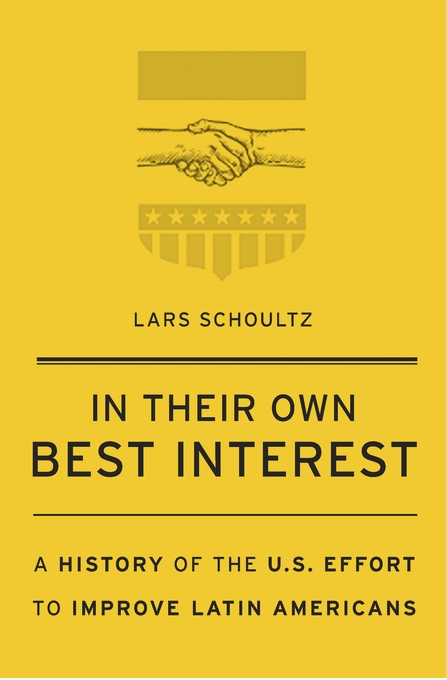 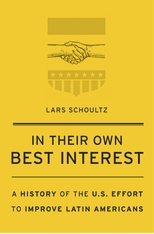 In Their Own Best Interest

A History of the U.S. Effort to Improve Latin Americans

For over a century, the United States has sought to improve the behavior of the peoples of Latin America. Perceiving their neighbors to the south as underdeveloped and unable to govern themselves, U.S. policymakers have promoted everything from representative democracy and economic development to oral hygiene. Whatever the problem, a bureaucratic culture in Washington D.C. is committed to finding solutions that will uplift Latin Americans.

The United States’ paternalistic role as improver of nations began in the Progressive Era, Lars Schoultz shows, when an altruistic belief in bettering others gained currency. During the Cold War, institutions were established to turn that belief into concrete commitments designed to shore up national security against the threat of communism. Many of these institutions, such as the Agency for International Development and the National Endowment for Democracy, live on in the contemporary uplift industry. Through exponential expansion, they now employ tens of thousands of government workers and outsource to private contractors the job of improving peoples around the globe.

But is improvement a progressive impulse to help others, or a realpolitik pursuit of a superpower’s interests? In Their Own Best Interest wrestles with this tension between helping the less fortunate and demanding payback in the form of subordination. In the twenty-first century, Schoultz writes, the uplift industry is embedded deeply in our foreign policy, extending well beyond relations with Latin America, and the consequences are troubling. Many Latin Americans now say: You have a habit of giving—we have a habit of receiving.