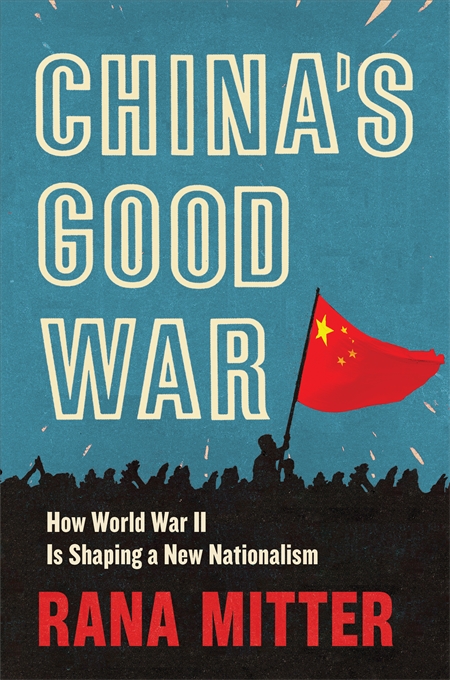 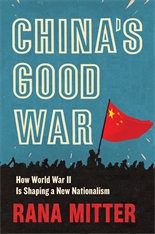 “One of Britain’s foremost historians of modern China… A detailed and fascinating account of how the Chinese leadership’s strategy has evolved across eras—and how its recent overtures to regional and international audiences have corresponded to shifts in domestic education and internal propaganda about World War II… China’s Good War is at its most interesting when probing Beijing’s motives for undertaking such an ambitious retooling of its past in the first place.”—Howard W. French, The Wall Street Journal

“The range of evidence that Mitter marshals is impressive. The argument he makes about war, memory, and the international order is…original.”—The Economist

“Excellent… [By] one of the world’s leading Sinologists… Allow[s] the reader—and the next US administration—to prepare for what China may do next.”—James Kynge, Financial Times

“Insightful… Mitter opens a window into the legacy of China’s experience of World War II, showing how historical memory lives on in the present and contributes to the constant evolution of Chinese nationalism. In this deft, textured work of intellectual history, he introduces readers to the scholars, filmmakers, and propagandists who have sought to redefine China’s experience of the war… Yet Mitter does not shy away from exposing some of the political fictions that the CCP imposes on China’s past—to the detriment of its attempt to craft a persuasive narrative about China’s future.”—Jessica Chen Weiss, Foreign Affairs

“Explains how Beijing once underplayed the war, but it has now become a keystone of its claims to legitimacy and to regional hegemony.”—James Palmer, Foreign Policy

“Fascinating… An excellent guide to Chinese historiography… Mitter has written an important book that should serve to counter some of the cruder ways in which China is being misrepresented in the United States.”—Michael Burleigh, Literary Review

“Illuminates the fraught and complex manner in which historical memory functions in modern China.”—Jonathan Chatwin, The Los Angeles Review of Books

“Mitter chronicles the changing tides of official wartime narrative in China… China’s Good War is clear that national narratives are rarely based on historical scholarship, but rather on external politics.”—Paul French, The South China Morning Post

“A timely insight into how memories and ideas about the second world war play a hugely important role in conceptualizations about the past and the present in contemporary China.”—Peter Frankopan, The Spectator

“Mitter’s most penetrating observations relate to how ordinary people have used contested memories of China’s good war to implicitly critique the Communist Party’s attacks on Chinese people… Shows how conversations about one proud part of China’s history are in fact conversations about more recent traumas.”—Jeremy Brown, The Times Literary Supplement

“Rana Mitter has been researching and teaching about China’s Second World War for well over two decades now… [He] writes extremely well, and the book is a pleasure to read… A good place to start for those who wish to better understand 21st-century China.”—Peter Gries, China Quarterly

“As China grows more powerful, the meaning of the war is changing. Rana Mitter argues that China’s reassessment of the World War II years is central to its newfound confidence abroad and to mounting nationalism at home.”—Hindustan Times

“Shows that the history of wartime China has been largely shaped by just one of its outcomes: the ascendancy of the Chinese Communist Party and the creation of a state that depends heavily on a certain sort of history for its legitimacy.”—Antonia Finnane, Inside Story

“A fascinating read that examines China’s growing nationalism with a longer lens than most.”—Alec Ash, The Wire China

“An understanding of China today requires a grasp of its history through its own eyes, including the unfolding national narrative on the Second World War. Mitter confirms his status as one of the world’s leading sinologists in this lucid work as he explores fresh intellectual terrain, awakening us to China’s radically different perspectives on critical wartime events. This book will unsettle much received wisdom in the West on the war whose outcome determined much of the current global order.”—Kevin Rudd, former Prime Minister of Australia and President of the Asia Society Policy Institute

“A brilliant and profoundly researched work. Mitter demonstrates that alone among major combatant nations, China’s official historical narrative of World War II has undergone radical swings not just on the basic facts, but also on how memory serves (or not) to validate China’s governments. He provides timely and nuanced insights into how war memory today is deployed by both the Chinese government and the Chinese people.”—Richard B. Frank, author of Tower of Skulls: A History of the Asia-Pacific War

“A breathtaking study of the relationship between history, nationalism, and collective memory by a China eager to assert its new moral and international standing in the world. In a sweeping yet detailed chronicle of the ways in which China is refashioning a new wartime narrative, Mitter provides extraordinary insights into the inner workings of its rise as a global power. For anyone interested in understanding how Chinese leaders are laying the groundwork for their claim as guarantor of the international order, this brilliant book is an absolute must-read.”—Sheila Miyoshi Jager, author of Brothers at War: The Unending Conflict in Korea

“Mitter shows movingly what Chinese people sing about and weep about when they turn their minds to the devastating contours of the Second World War. Equally at home in provincial museums, internet chat rooms, and China’s foreign ministry, he is a sure guide to China’s ongoing reassessment of the war and postwar. His brilliant account shows how nation has replaced class in the moral narrative China has constructed to frame its national project.”—Jay Winter, author of War beyond Words: Languages of Remembrance from the Great War to the Present