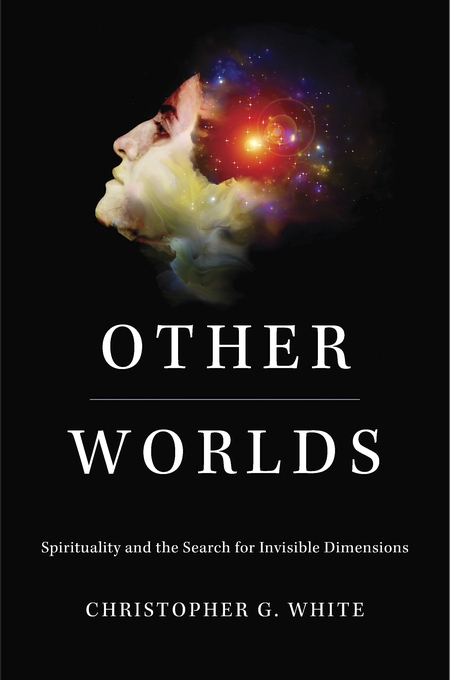 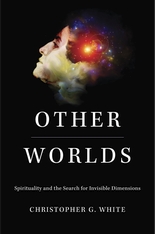 Spirituality and the Search for Invisible Dimensions

“With this dazzling work of intellectual history, Christopher White provides a significant contribution to the seemingly endless task of undermining the secularization hypothesis. Turning his eye to the turn-of-the-century enlivening of the dead, mechanistic universe of Newtonian physics, White attunes his readers to the metaphysical hypotheses and spiritual disciplines conditioned by the very techno-science that keeps allegedly doing away with ‘religion.’ …In eminently readable prose augmented by carefully chosen, often arresting images, White gathers together a crew of under-celebrated interlocutors.”—Mary-Jane Rubenstein, Reading Religion

“Other Worlds has a revelatory quality about it… This is one of those rare books that should be mined time and again by a diverse body of scholars seeking to build on White’s impeccable foundation. It is virtually impossible to think of a future of the religious imagination without taking it into account.”—William B. Parsons, Journal of the American Academy of Religion

“In an impressive feat of scholarship spanning across several disciplines, White manages to revise the conventional way of writing about the modern ‘conflict between science and religion’ by showing how scientific insights were used sometimes not to attack spiritual beliefs but to buttress them in unexpected ways.”—Aga J. Drenda, SFRA Review

“A breathtaking portrait of the ways scientific investigations into ‘higher dimensions’ have inspired spiritual imaginations, religious possibilities, and aesthetic experiences. White shows the imaginative power of scientific observations as it extends far and wide in popular culture, shaping an important domain of religion and science where the two appear to be not combatants but unwitting co-contributors to modernity’s sense of its own potential beyond the here-and-now. It is a fascinating and important contribution to our understanding of the making of modern spiritual belief and experience.”—Courtney Bender, author of The New Metaphysicals

“White shows us how it has come to pass that there is no more spiritual subject in modern life than science. In a wide-ranging study of modernist art and pop supernatural talk, dimensional logic and fantastic fictional worlds, haunted TV and hyperspace, he makes clear that Americans think more about metaphysics through math than they do through theology.”—Kathryn Lofton, Yale University

“This is a book about nothing less than the religion of our times—the religion of the spiritual but not religious, the religion that drives many scientists and even more drives the imagination of those who have lost a traditional faith but not its wonder. It is a fascinating glimpse into the way science becomes a way into faith, and a startling perspective on the ideas many readers take for granted.”—T. M. Luhrmann, author of When God Talks Back

“Other Worlds is a magisterial and deeply satisfying history of a peculiarly modern idea: the fourth dimension. White focuses on the entanglement between human spiritual aspirations and the notion of hyperspace. The fun is that he makes his history into a juicy narrative, replete with geniuses, scientists, charlatans, impresarios, and artists of every stripe. So incisive is his research that one suspects he has access to an all-seeing, higher-dimensional eye. A book to treasure, a feast.”—Rudy Rucker, author of The Fourth Dimension and Infinity and the Mind

“A broad-ranging account of the ways in which mathematics and physics have opened up vast realms of mystical speculation and helped animate new modes of spiritual inquiry. From Edwin Abbot’s Flatland to Rod Serling’s The Twilight Zone, White makes plainly visible a hitherto largely hidden dimension of the modern spiritual imagination. An impressively original and sweeping work.”—Leigh Eric Schmidt, author of Restless Souls: The Making of American Spirituality

“In popular media, science and religion are all too often presented as antagonists, with modern secular science seen as emptying the premodern religious world of its magic and mystery. Other Worlds upends this narrative by showing how very often the enchanted world of science underpins rather than undermines the religious imagination. It should be required reading for anyone interested in the intersection of science and spirituality.”—Charles M. Stang, Harvard Divinity School